The prospect of representing India does not give Shaw sleepless nights, instead, the the 18-year-old mentioned he was content playing the waiting game.

Prithivi Shaw is yet to turn 19, but his ominous record and batting stats has already sparked a debate whether he is ready to play for the national team. Shaw, who led India their fourth Under 19 World Cup win earlier this year in New Zealand, has displayed stunning form lately.

During India A s tour of England, Shaw notched up two List A centuries and one first-class hundred against West Indies and followed it with another 136 against South Africa A in Bengaluru s Youth Test.

Considered the next big thing in Indian cricket, his progress has impressed many, including the legendary Sunil Gavaskar, who felt that Shaw could make the cut for the tour of Australia later this year. However, expectations as heavy as these do not give Shaw sleepless nights. Speaking to ESPNcricinfo, the 18-year-old mentioned he was content playing the waiting game and take things as they come.

“One of my friends sent me a screenshot of that from social media. When I read it, I just thought I am very blessed that Sunil Sir is praising me,” Shaw said. “I will try to not let him down. I am not thinking of playing for India. You never know. I just have to keep grabbing the opportunities and scoring runs. I should be really focusing on each and not thinking too far ahead.”

Gavaskar isn t the only one to hold Shaw in high regards. His Under-19 coach Rahul Dravid and Delhi Daredevils coach Ricky Pointing too are highly impressed with the improvements Shaw has brought about in his game.

“Rahul Sir just told me one important thing: Play as many balls as you can. Don’t think about the runs that you score. With my strike rate being good, he said I can always score once I have played enough balls. That made me change my mindset. He said this before the tour of England,” Shaw added.

“Dravid Sir keeps things positive during training, during matches. As a player it gives me the confidence that your coach is backing you.

“He (Ponting), too, talked about how to build an innings. He just said to play my natural game, pick the situation when to hit and when not to. T20 is a very quick game, so you just have to go and execute what you plan in the practice sessions. That is what he stressed on.”

Shaw s batting possesses a touch of flambouyance. And while he may not be a bludgeoner of the ball, Shaw s timing and his ability to play shots make him a delight to watch. He comes from a long line of the renowned Mumbai school of batting. However, he is a bit of an exception to it much like the little master Sachin Tendulkar as he is a naturally attacking batsman.

“I actually like to play my shots, even in four-day matches. I try to make runs, keep the scoreboard moving. That keeps my confidence up. Playing attacking shots is my strength. Sometimes when the bowler is on top, obviously there will be some spell when he will be in control, but when I think I can play some shots, I just go for it,” he asserted. 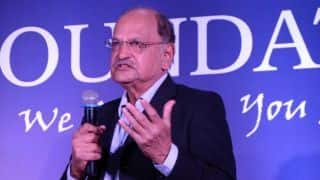 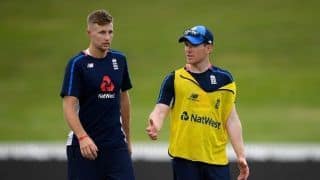