'Nothing Big Was Happening With Him,' Azharuddin Explains Decision to Promote Tendulkar as Opener

'Nothing Big Was Happening With Him,' Azharuddin Explains Decision to Promote Tendulkar as Opener 26 years removed from the day he decided to promote Sachin Tendulkar to open the innings in one-day cricket, Mohammad Azharuddin revealed the circumstances that led to his genius call that changed Indian cricket forever. With Navjot Sindhu waking up with a stiff neck, India had to send someone to open the innings, Azharuddin, the captain of the team, decided to promote a young Tendulkar to open alongside Ajay Jadeja.

And the rest as they say is history. Tendulkar made a statement in his first appearance as an ODI opener smashing a 49-ball 82 and never looked back. Years later, the former captain explained why he took the decision.

“I have been noticing that nothing was happening big with Sachin even though he was batting well at No. 5 and 6. We (myself and Wadekar Sir) did have a talk on this issue and went ahead with the decision to have Sachin as opener after regular opener Sidhu (Navjot Singh) was unwell,” recalls Azhar in an exclusive chat with Sportstar on Friday.

“And, importantly, Sachin also wanted to open and now we are glad that went on to become one of the greatest batsmen of all-time.”

Prior to it, Tendulkar had batted in the middle-order, mostly and No. 5 or 6. The decision marked a major turnaround in Tendulkar’s career as he went on to become the most prolific batsman in the format’s history. He ended up scoring 15310 runs from 344 innings from that position with 45 centuries and 75 fifties. Even though there were times he batted in the middle order again in the mid-2000s, Tendulkar tasted unprecedented success as an opener and went on to become the best batsman of the modern era.

“He is an attacking batsman and with the field restrictions on, we thought once he gets going half the job is done for the team. And, as everyone knows he was an exceptional talent,” the 57-year-old, former India captain said. “I can’t take pride for his achievements later on. In fact, nobody can. He had the talent to go to places.”

Tendulkar, as he would reveal later, begged and plead with his then captain Mohammad Azharuddin and team manager Ajit Wadekar to give him an opportunity to open the innings.

“I went up to Azhar and our manager Ajit Wadekar, a former Indian captain and a leading batsman of his time, and pleaded with them to give me an opportunity at the top of the order,” Tendulkar wrote of his desperation in his autobiography Playing It My Way.

“Why did I think I should open? Well, I had the ability to attack bowlers and plays shots from the word go, and in one-day game, the key was to take advantage of the field restrictions in the first 15 overs. I was sure that I just needed a chance to prove myself.” 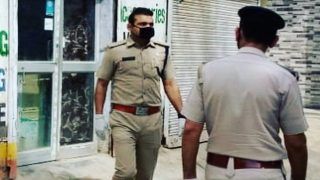 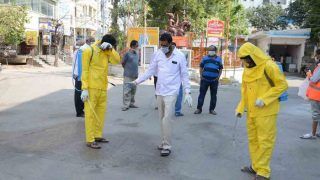