Test cricket is here to stay despite the swing in its fortunes brought on by the growing popularity of the shorter ties and the Twenty20 matches, believes Shehan Karunatilaka, the award-winning Sri Lankan writer and the author of "Chinaman: The Legend of Pradeep Mathew". 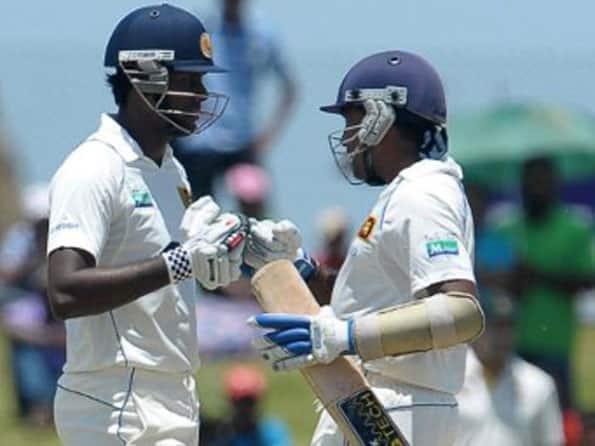 Test cricket is here to stay despite the swing in its fortunes brought on by the growing popularity of the shorter ties and the Twenty20 matches, believes Shehan Karunatilaka, the award-winning Sri Lankan writer and the author of “Chinaman: The Legend of Pradeep Mathew”.

“I am a purist. I think Test cricket will endure. The shorter matches do not appeal to me. It is like Sri Lanka playing India every Tuesday and taking the excitement away from the game,” Karunatilaka told IANS.

“You watch (Test match) for five days and then on the final day, there is a twist,” he said.

“The whole point of batting, as Ricky Ponting once said, was to get the batsman out. But in the Twenty20, it is not so, though the format assures more money to cricketers,” said Karunatilaka, the Gratiaen Prize winner.

The writer – an adman, a rock lyricist, a travel writer and a cricket historian – was here at the Kovalam Literary Festival 2011 to discuss his book that has been acclaimed in cricket- playing nations.

Karunatilaka has knit a fictional tale rooted in the history of cricket. His book is an ode to a dying breed of scribes: the old world sports writer who would stop at nothing to get to his favourite man on the pitch.

The book is about a retired sports writer, W.G. Karunasena, who is dying. And before his death, he wants to do all that he had ever wanted to do.

He spends his final months drinking alcohol, nagging his wife, ignoring his son and tracking down Pradeep Mathew, a spin bowler, who disappeared three years ago. To W.G – the journalist – Pradeep Mathew is the greatest cricketer to have walked on earth.

The quest leads W.G. to a strange cast of characters – a coach with six fingers, a secret bunker below a stadium, an LTTE warlord and revelations about Sri Lankan cricket and his own self, says the novel.

Karunatilaka has been researching the game on his native turf since Sri Lanka began playing in 1982.

“My house is full of books on cricket. The only time my father, my brother and I ever bond at home is when we talk and watch cricket. We gift each other cricket books for Christmas,” the writer said.

“I had been thinking about the book since 1996 when Sri Lanka won the World Cup. I had ordered every book on cricket on the internet to find out if anything that I had thought of had been written.

“I downloaded every possible statistic and interviewed ex-players, ex-coaches, commentators and old letter writers of newspapers who suggested changes in the game and analysed every match. Sri Lanka has several of them – the old uncle types,” he said.

“Sri Lankan cricket has a history of suicides and depression,” Karunatilaka noted.

“Cricket is one of those games which seem to attract depressives. Cricketers in the country have been known to take to alcohol because of being dropped from the side. The trauma of losing jobs drives them to depression,” the writer explained.

“Cricket is all that Sri Lanka has,” he stated.

“The game might die in the West Indies and New Zealand. West Indies was the best team since 1995-1996 but now they are an average team. West Indies now has the basketball and all other American sports. New Zealand has rugby. In Sri Lanka, cricket will always be there…,” the writer said.

Asked to name three cricketers whom Karunatilaka would vote the best, he replied, “Aravinda De Silva (former Sri Lankan captain) – he’d have been there with Sachin Tendulkar and Brian Lara but somehow could not reach that mark.”

“The other two could be Gordon Greenidge, even though Vivian Richards had class, and Shane Warne,” the writer said. (IANS)