Bollywood model and actress Nupur Mehta has now revealed that she met a few cricketers in a London casino in 2009, but also denied any role in match-fixing allegations made against her by a newspaper. 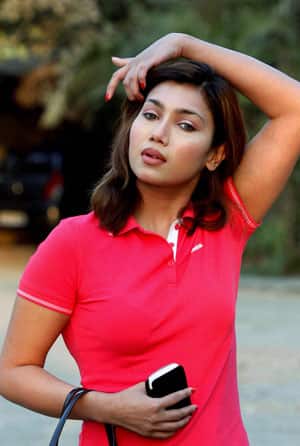 Bollywood model and actress Nupur Mehta has now revealed that she met a few cricketers in a London casino in 2009, but also denied any role in match-fixing allegations against her made by a newspaper.

“I went to the casino on my own and these cricketers happened to be there. They were all in London because of the T20 World Cup,” she was quoted as saying by The Sunday Times.

The Sunday Times had earlier reported that Indian bookies used a Bollywood actor to lure cricketers, but they didn t name any one specific.

However, Nupur called up a press conference to say that she believed the reference was to her, and strongly denied any kind of involvement.

Nupur shared a hotel room with a man “she believed to be a businessman working in the building industry,” she was quoted as saying.

“He was, in fact, an Indian bookmaker,” the paper said.

The report added that this man, who could not be named for legal reasons, was reported to the International Cricket Council (ICC) by Sri Lanka cricketers after he allegedly tried recruiting three players at the casino on the night of June 22, 2009.

“I no longer have any kind of relation with this kind of person When I knew him, I knew he was in the construction business, that’s about it. I don’t know what connection he has with the bookie world or anything,” she was quoted as saying.

“I was in Bollywood so all cricketers were there so I didn’t think that meeting them was any kind of harm. I’m a young girl who loves cricket and if I happen to meet these people because everyone is there, there’s no harm in it.”