New Zealand vs West Indies Dream11 Team Prediction NZ vs WI Test Series – Fantasy Playing Tips, Probable XIs, Dream11 Guru Tips, Probable XIs For Today’s NZ vs WI at Basin Reserve, Wellington: New Zealand skipper Kane Williamson will miss the second and final Test against West Indies beginning Friday at the Basin Reserve in order to be with his pregnant wife. Will Young will return for his second Test and bat at number three while Tom Latham will lead the Black Caps, head coach Gary Stead confirmed on Thursday. Williamson’s wife Sarah is due to give birth to their first child in “mid to late December”, according to stuff.co.nz. “It’s a decision we’ve come to in the best interests of him and Sarah,” Stead said. “Kane’s not the first person to have a baby and miss a Test match. Our thoughts and wishes are with Sarah and Kane at this time, and we want to make sure that first and foremost that mother and baby are well looked after,” he added.

Young scored five on debut opening in Hamilton during the first match, while Williamson was in sublime form as he scored his highest Test score of 251 which helped the hosts thrash West Indies by an innings and 134 runs at the Seddon Park. Courtesy his performance, the New Zealand skipper jumped up two places to join India’s Virat Kohli at the number two spot in the ICC Test rankings for batsmen. Williamson gained 74 points, moving from 812 to 886. Latham garnered his career-best points tally of 733 and tenth place on the table, thanks to his innings of 86.

TOSS: The 2nd Test match toss between New Zealand vs West Indies will take place at 3 AM IST – December 11, Friday.

NZ vs WI My Dream11 Team 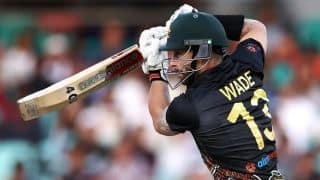 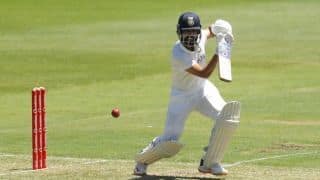