Offensive comments do 'hurt' but 'it's beyond our control': Bharat Arun

Offensive comments do 'hurt' but 'it's beyond our control': Bharat Arun

Former Australia cricketer Kerry O’ Keefe is courting controversies due to his offensive commentary during the ongoing third Test against India in Melbourne. After creating a storm with his comments on India debutant Mayank Agarwal, O’Keefe again hit the headlines with his insensitive remarks on the names of Indian cricketers on Saturday.

India bowling coach Bharat Arun was asked about what he felt of it and he did admit that they were hurt but the key is to answer them by channelizing it towards performance on the field.

“Well, yes it does hurt you,” Arun said on Saturday. “But then when people make those remarks, there’s nothing you can do about it because it’s beyond your control. If you can channelise that hurt towards doing better on the field, then that answers all the questions.”

While commentating, O Keefe described Agarwal s triple-century against Karnataka in the Ranji Trophy last year as a knock he achieved against railways canteen staff.

India head coach Ravi Shastri fired back, saying, “He [Mayank] has got a message for Kerry ‘when you do open your canteen, he wants to come and smell the coffee. He wants to compare it to the ones back in India coffee here s better or the ones back home’.”

O’Keefe had to apologise for his remark, but he yet again found himself in hot water after making fun of the names of Cheteshwar Pujara and Ravindra Jadeja. Apparently, he was finding it hard to pronounce the names of the two cricketers properly leading to him questioning ‘Why would you call your kid Cheteshwar, Jadeja?’

Former India Test openers Aakash Chopra slammed him, calling his latest transgression as ‘unacceptable’. “Canteen XI the other day. Why would you name your kid Cheteshwar and Jadeja (not even knowing that his name is not Jadeja) today. If you can t pronounce someone s name, it s YOUR problem. Unfortunate. Unacceptable,” he wrote on his official Twitter handle. 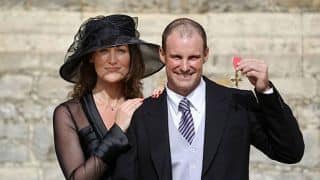 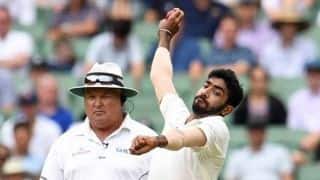