Border said that he was surprised to see the Indian pacers doing the job in the Tests overseas.

One of India s biggest gains from recent bilateral ODI series against Australia was MS Dhoni regaining form just with the ICC World Cup 2019 just about four months away.

Dhoni, who failed to impress in the 50-over format last year, smashed three consecutive half centuries (51, 55*, 87*) to finish the tournament with 193 runs the highest Indian run-scorer in the three-match series. The Ranchi-born senior pro also bagged the Man of the Series award for his match-winning knocks in the last two matches.

I thought the one-day series was quite close. Evenly balanced… most of the games. Old MS Dhoni is back with a vengeance. Isn t he? He played very well in all the games, particularly the last couple where he got India over the line again, former Australia captain Allan Border told ANI on Sunday. (ALSO READ: Cricket is not the most important thing in my life: Virat Kohli)

The left-handed legend, who scored 11,174 runs in 156 Tests at 50.56, was surprised to see the Indian pacers doing the job in the Tests overseas.

Congratulations to India on series victory. They have deserved those series victories. No doubt they have been the better side. We had our issues over the last 12 months with few of the better players not being available but still India played tremendously well, he said.

We expect them to do well in Twenty20 because of the IPL factor. They are a very good T20 side, they are the No.1 Test side in the world. So, it was not unexpected to see India play so well, particularly, what s interesting is they won with fast bowling as against the traditional way for them winning through spinners. That was an interesting change the way things normally turn out between Australia and India. (WATCH: Indian team arrive Auckland, loudest cheer reserved for captain Virat Kohli and wife Anushka Sharma)

We beat you with our fast bowlers in Australia and you beat us with your spinners in India . Real change there. Virat Kohli was really fantastic with his leadership and rest of the Indian team played so well. Hats off to Cheteshwar Pujara. What a series he had in the Tests.

Border believes that if India captain Virat Kohli remains fit, he will be on course to break Sachin Tendulkar s record.

Virat Kohli is on path to break Sachin Tendulkar’s record, isn’t he? It was quite phenomenal what Sachin achieved throughout his career but Kohli is heading there fast with the amount of hundreds he’s making in all forms of the game. His average is over 50 in the three forms of the game. He’s just a fantastic cricketer,” he said.

“He keeps himself in good shape physically, he’s a very strong character mentally and he has got a great technique and everything that goes with a being a champion batsman. If he stays fit and healthy, I can see him going past Sachin Tendulkar’s records.” (ALSO READ: If Virat Kohli stays fit, he will score 100 international centuries: Mohammad Azharuddin)

He also admitted that the Aussies have had a tough summer in the absence of Steve Smith and David Warner.

“A tough summer for Australian team. With the World Cup coming, there will be obviously some changes. Steve Smith and David Warner and all the three fast bowlers will be back in contention. It will be a different look Australian side that goes to England. At this moment, India and probably England are the two favourite teams (to win the World Cup),” Border said. (ALSO READ: David Warner switching stance within Laws of Cricket: MCC)

“Smith is one of the best players in the world at the moment. If you took Virat Kohli out of the Indian team and they would struggle as well. Even though Pujara was the man of the series, Kohli played some very important innings throughout the series. If you took those runs out and his leadership around the group, it’s a big hole to fill, isn’t it? Same with Warner out of the side, if you took Pujara out of the Indian team… you never know how these things might work out but take nothing away from India. They played fantastically well and deserved to beat Australia in Australia for the first time. That’s what sports is about…the best side deserves to win.” 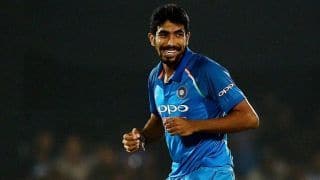 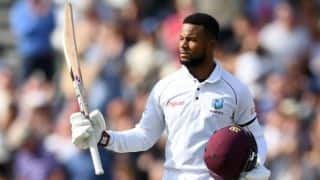