Sehwag also said that cricketers don't credit their coaches as much as other sportspersons do.

Former India opening batsman Virender Sehwag on Thursday made a bold statement that multi-sport events like the Olympics and the Commonwealth Games are bigger than cricket events.

Sehwag, who interviewed two athletes at a book launch programme, also said other sportspersons get too little “facilities” as compared to what cricketers get.

“I always used to think Olympics and Commonwealth Games are bigger than cricket (events). I used to think that these athletes would have been looked after very well, that they would be getting good food and nutrition along with physios and trainers,” said Sehwag.

“But when I met and got to know them (the non-cricketers he interviewed for the show), I realised that whatever facilities we (cricketers) are getting, these guys are not even getting 10 or 20 per cent of that. Despite that they are getting the medals. They deserve a lot more than what they get, because they are getting medals for India,” he added.

READ: Present Indian bowlers ensure that we are a formidable line-up: Virender Sehwag

Sehwag, who played 104 Tests and 251 ODIs between 1999 and 2013, also said that cricketers in general don’t credit their coaches as much as other sportspersons do.

“Coaches have a big role to play in the life of cricketers but we don’t give them the right amount of credit, we tend to keep it to ourselves,” Sehwag said.

“We cricketers do not credit our coaches as much as other sportsmen do, may be because when you start playing for the country, the cricketers forget their coaches because they don’t get to meet and speak a lot but in other sports they need their coaches from the start till the end and the coaches also spend a lot of time,” he said. 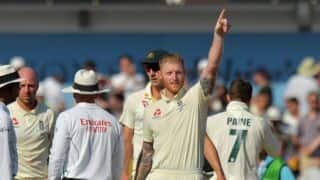