The 66-year-old actor passed away on Friday morning due to a heart attack, cricket fraternity joined the rest in paying their tribute to the actor who was one of the finest ever.

The Indian cricket fraternity along with many celebrities in the country stood in unison to pay tribute and mourn the passing away of Bollywood actor Om Puri. The 66-year-old actor passed away on Friday morning due to a heart attack, cricket fraternity joined the rest in paying their tribute to the actor who was one of the finest ever. Om Puri was honoured with the Padma Shri, India’s fourth highest civilian award, in 1990. The veteran actor was also conferred upon the title of the Honorary Officer of the Order of the British Empire for services to the British film industry.

Apart from Bollywood celebrities, cricketers such as Sachin Tendulkar, Virender Sehwag, Vinod Kambli, Suryakumar Yadav, Bishan Singh Bedi, Mohammad Kaif were among the many who shared their feelings on the death of Om Puri on social media. Born on October 18, 1950, Om Puri began his journey in movies when he made his debut for a Marathi movie called ‘Ghashiram Kotwal.’ A critically acclaimed actor Om Puri acted in movies like Ardh Satya, Jaane Bhi Do Yaaron, Mirch Masala and some of his recent best includes Bajrangi Bhaijaan and Ghayal Once Again. Om Puri also had a crucial role in in Steven Spielberg’s 2014 American comedy drama ‘The Hundered-Foot Journey.’

You will live in our hearts forever through the impressions you have left with your versatility. We will miss you. RIP #OmPuri

Condolences on the passing away of one of our finest ever actors #OmPuri pic.twitter.com/gBCK6mWwLF

One of my favourite bollywood movie ArdhSatya. RIP OM PURI

From AAKROSH released in 1980. Till today you were always there in movies with your IMPACT voice. Sad to hear. RIP OM PURI sir

My deepest condolences on the passing away of one of the most versatile actors of Indian Cinema , #OmPuri ji pic.twitter.com/hZN2pL6Ejo

The actor also played gave some stellar performances in mainstream Pakistani, India and British cinema apart from his stint with Hollywood with his roles in movie like City of Joy, Gandhi and The Reluctant Fundamentalist.

The news came in as a sudden shock for many as the actor had returned home after a shoot as mentioned by his close friend had tweeted. His doorbell went unanswered and that’s when the news got confirmed about his death. 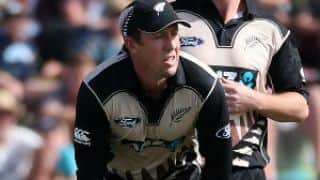 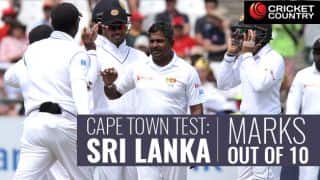