Oman defeated Hong Kong in the fourth play-off match of the ongoing ICC Men's T20 Qualifier 2019 to book the final berth for the next year's event.

Oman defeated Hong Kong in the fourth play-off match of the ongoing ICC Men’s T20 Qualifier 2019 to book the final berth for the next year’s event on Wednesday at the Dubai International Cricket Stadium.

After posting a middling 134/7, a superb show from Bilal Khan (4/23) saw Oman limiting Hong Kong to 122/9 in 20 overs to join Scotland, Namibia, Netherlands, Papua New Guinea and Ireland at for the 2020 marquee event to be hosted by Australia in 2o20.

Scotland qualified earlier in the day with dominating 90-run win over hosts UAE in Dubai.

Oman are the 16th and final team to secure their place at ‘The Big Dance’ thanks to a thrilling 12-run win.

The six teams will be competing in the first round of the event in two groups. Three of them will be alongside Sri Lanka in Group A while them remainder will be placed with Bangladesh in Group B.

Group 2 of the Super 12s phase will see India, England, South Africa and Afghanistan each face the highest-placed team in Group B and the second-placed team from Group A.

Meanwhile, Scotland and Oman are scheduled to play in a fifth-place playoff match today at the ICC Academy in Dubai. In the the first semi-final of the qualifier, Ireland square off against the Netherlands while in the second last-four clash, Papua New Guinea face Namibia. Both the matches will be held on November 1.

The final and third-place playoff of the competition will be held on November 2. 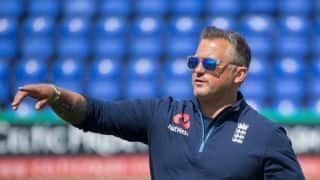