Ashish Nehra is baffled and "deeply hurt" after selectors chose to ignore the left-arm seamer for the first two ODIs against England next month. 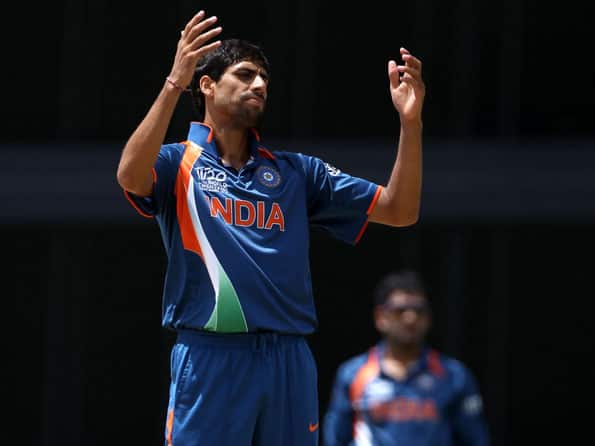 Ashish Nehra is baffled and “deeply hurt” after selectors chose to ignore the left-arm seamer for the first two ODIs against England next month.

“I have submitted my fitness certificate before the ODI series in England. I was ignored when they even summoned RP Singh from a holiday. Now they have again ignored me,” a visibly upset Nehra told PTI in an exclusive interview.

“I still don’t know where I exactly went wrong after being India’s highest wicket-taker in ODIs since my comeback in 2009. Also till Pakistan match where I fractured my finger, I didn’t have any major injury issues,” the 32-year-old said.

“Please check the records, which India bowler has bowled maximum number of overs at the death in last two years. You want me to prove my fitness but then I am not even good enough to be in any of the Challenger Trophy teams. Aapne Kerala se Srinagar tak sabko chance diya hai. Sirf Ashish Nehra hi nahin hain (You have given chance to each and everyone from Kerala to Srinagar)! How come I have become such a bad bowler in a space of few months” one couldn’t miss the sarcasm in his voice.

And had age been a criteria, then Rahul Dravid couldn’t have made a comeback in ODIs when he is 39.”

To the question about match-fitness, Nehra explained, “Agreed I haven’t played much cricket but what about some of those picked in the squad? Did they play any cricket in last three months? And everyone knows for the past two months, I have been sweating it out at the NCAs.”

Nehra is still not keen on returning back to first-class grind as day’s cricket takes a lot of toll on a pacer’s body.

“Look at the likes of Brett Lee, Lasith Malinga who have retured from longer version to take care of their bodies. Now if I don’t have an option, I might have to pick and chose and play Ranji Trophy.

Asked about the way ahead, he said he is keen to play in professional leagues abroad if BCCI allows him.

“If the board allows, I can go and play in Big Bash or Pro-40. Or else, I will play with my little son,” he answered with a smile that said it all.(PTI)