Here's a lowdown of the first of the many Dhoni specials. 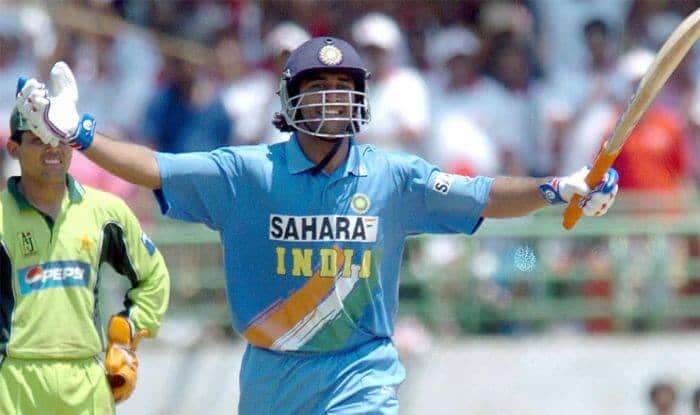 On April 5, 2005, MS Dhoni arrived on the international scene, when being promoted at No. 3 by Sourav Ganguly, he smashed a rollicking 148 against Pakistan. It was India’s second century by a wicketkeeper batsman after Rahul Dravid but first by a specialised wicketkeeper. India posted a mammoth 356 and won the match by 58 runs to take a 2-0 lead in the series. Here’s a lowdown of the first of the many Dhoni specials.

Dhoni entered the match on the back of scores of 0, 12, 7* and 3, batting down the order in all those matches. Ganguly, the then-captain of India, who was battling poor form decided to make way for Dhoni at No. 3 the former India captain had scored over 1000 runs from 30 innings at one down, prior to the Vizag ODI. Ganguly’s gamble gave birth to a star as Dhoni routed Pakistan with a maiden ODI hundred.

The previous year, Dhoni has scored two centuries for India A in Nairobi, both against Pakistan. And it was only fitting that his first international ton was notched up against the arch-rivals as well. Dhoni started cautiously; he didn’t need to go into overdrive as India’s opener was already in the groove scoring a 40-ball 74 with 12 fours and two sixes. With Sachin Tendulkar exiting in the fourth over for 2, Dhoni and Sehwag brought India in the game with a 96-run partnership,.

Sehwag had taken Abdul Razzaq for 12 runs before perishing in the 14th over. India were pegged back with Dhoni and Ganguly’s association failing to take off, but the innings flourished against as Dhoni and Rahul Dravid came together for a 149-run partnership, with the then vice-captain scoring a fluent 59-ball 52.

Dhoni’s innings wasn’t as ruthless initially as it would go on to become later in the innings. He was initially troubled by Naved-Ul-Haq, but once Mohammad Sami was crunched through extra cover, Dhoni’s jitters vanished. His bullish innings saw Dhoni scoring 15 boundaries and four sixes, with his 88th ball bringing up his hundred with a single down to long off. Between Over 31 to 40, India scored 69 runs. On 126, Kamran Akmal messed up a stumping off Shahid Afridi. Dhoni responded by smoking two sixes and a four to end the over.

Dhoni’s explosive knock came terminated two short of a 150. The camera panned at the dressing room where a beaming Sehwag kept applauding till the time Dhoni didn’t reach the dressing room. As did Ganguly. His trust in Dhoni polished a diamond that would become one of India’s fondest cricketers. 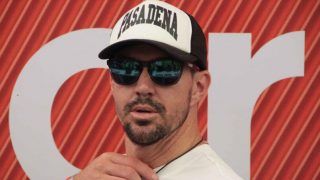 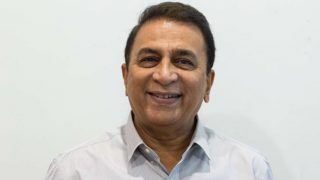 Easy to Talk About Taking Pay Cuts if it Doesn’t Hurt You: Sunil Gavaskar Takes Dig at Ashok Malhotra