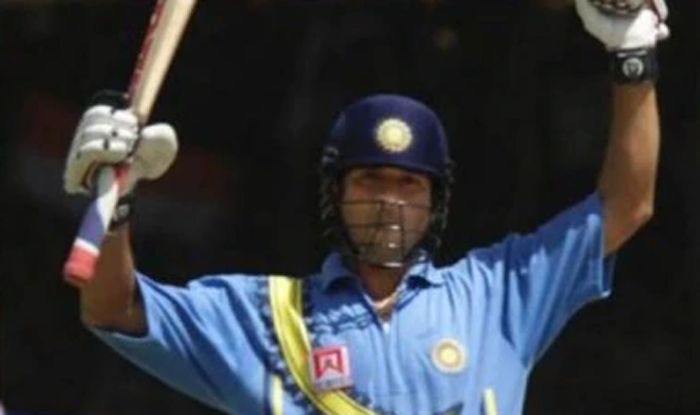 Sachin Tendulkar holds a plethora of batting records but one of the prolific feats was achieved by the former India batsman exactly 19 years ago today, when against the mighty Australia, he became the first batsman to score 10,000 ODI runs.

In the third ODI of the five-match series in Indore, India bounced back from their shoddy performance in Pune to register a thumping 118 run victory. Australia were all out for 181, chasing India’s target of 300 as the day belonged to Tendulkar, who scored his 28th one-day century. The former India opener initially played cautiously before he cut loose and hit 19 boundaries.

Glenn McGrath picked up his 200th ODI scalp in the match but it dwarfed in front of Tendulkar’s elusive feat. Heading into the match, Tendulkar was 34 runs shy of the achievement and once he drive Shane Warne down the ground for a single, he looked towards the heaven and raised his bat in acknowledgment of the crowd.

But the job was not finished there. Tendulkar decided to hang around and make the most of the occasion by a match-winning hundred. He added 199 runs with VVS Laxman for the second wicket, he got India going with some extravagant stroke play. Laxman was run out for 83, but the world’s best batsman kept batting until the 45th over, when he nicked a pull of McGrath to Adam Gilchrist. A stutter from India’s lower-middle order hurt India’s ambitions of getting 300-plus and they had to remain content with 299.

Gilchrist provided Australia a rollicking start scoring 63 and putting 102 in the 20th over, but Harbhajan Singh and Ajit Agarkar’s three wickets each and Javagal Srinath’s economical figures of 2/34 in 8.5 overs pegged them back. No one barring Steve Waugh (23), Ricky Ponting (23) and Warne (18) could enter double figures and Srinath capped off a huge win for India getting Damien Fleming nicking to Vijay Dahiya. 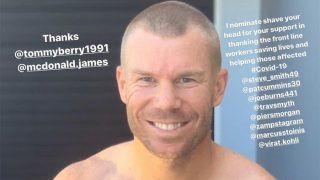 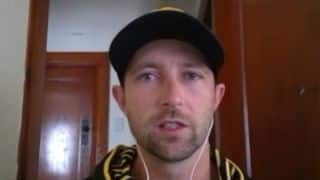