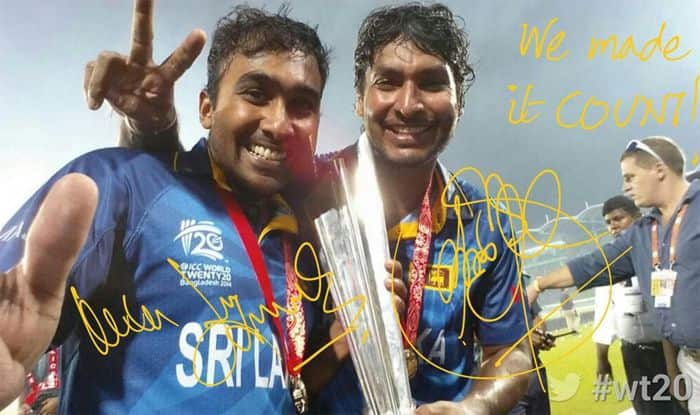 Sri Lanka beat India in the final of the 2014 ICC T20 World Cup to lift the title for the first time. It was the best parting gift for Kumar Sangakkara and Mahela Jayawardene, two of Sri Lanka’s best batsmen, who were making their final T20I appearance. Having faced the heartbreak of losing four finals, Sangakkara and Jayawardene got the monkey off their backs with the wicketkeeper batsman remaining unbeaten on 52 to guide his team home.

Jayawardene contributed with 24, but its significance was a lot more. India were defending just 130 and they applied pressure on Sri Lanka from each end. Mohit Sharma had gotten rid of Kusal Perera, and R Ashwin and Suresh Raina had kept things tight. Yet, Jayawardene and Sangakkara used all their experience to ensure Sri Lanka didn’t slip below the required rate. Jayawardene’s run-a-ball 24 saw him add a run-a-ball 24 and even though he slapped the ball to Ashwin in 10th over, Sangakkara ensured the held one end up.

India kept chipping away but were eventually blows away by Nuwan Kulasekara’s counter-attacking 23- off 14, who finished the game with a six. But Sangakkara was the real hero, scoring his runs at a strike-rate of almost 150 with six boundaries and a six. With 47 needed off six, Sangakkara took on Amit Mishra, whose first two overs had cost just four runs. Perera and Sangakkara took him on for 14 and 15 in his next two overs to tilt the game in Sri Lanka’s favour.

The world would remember Yuvraj Singh‘s innings as much as it would Sangakkara’s. One of India’s biggest match-winners was given the nod ahead of Raina by MS Dhoni, but his painstaking 11 off 21 wasted India’s chance to get quick runs in the end of their innings. Virat Kohli, in breath-taking form during the tournament to emerge as its highest run-getter, was setting up for a big finish after a slow start, but Yuvraj’s inability to give his partner strike hurt India’s ambitions of going big.

Kohli had set up for a final flourish spanking 16 off the 16th over from Kulasekara. But as Yuvraj stuttered, Sri Lanka saw the opening and squeezed out highly economical final four overs, in which Kulasekara, Lasith Malinga and Sachithra Senanayake gave away 19 as India finished on the lowest-ever World T20 final score, also the least with just four wickets down. Sangakkara and Jayawardene were just that good and went out swinging. 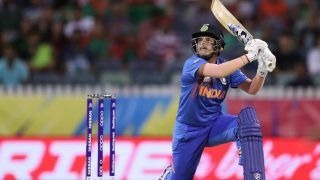 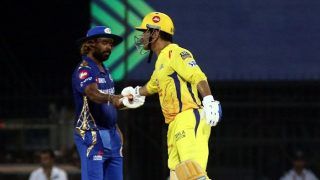