Saha feels that the management does everything for the benefit of the team and therefore shouldn't be a place for contrarian view. 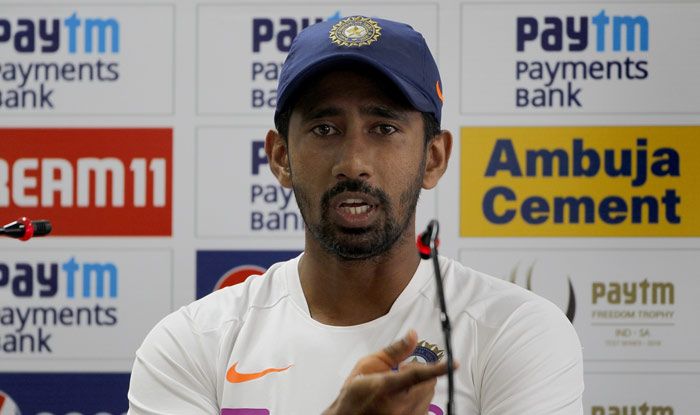 India wicketkeeper Wriddhiman Saha isn’t worried about the fact he’s not the first choice when it comes to away Tests and lives by the philosophy that team comes first.

Despite Saha having a stellar series behind the stumps during the home Tests against South Africa and Bangladesh last year, Rishabh Pant performed the wicketkeeping duties on the tour of New Zealand.

The message is clear: better batsman for overseas Tests. However, Saha is unperturbed.

“I have never stressed on stuff like what happened and why I am not playing. Look, if the team management decides something, there is no place for contrarian views as far as I am concerned,” Saha told news agency PTI.

Saha, 34, says he never gets hurt or angry if dropped from the playing XI. “I am like this from my childhood. I don’t get overtly emotional. I am the same when I scored lot of runs and when I have failed or when I have not been picked in the playing XI,” he said.

Saha, who has played 37 Tests and nine ODIs since his debut in 2010, feels that the management does everything for the benefit of the team and therefore shouldn’t be a place for contrarian view.

“It’s not what I like or dislike. Team management would do whatever is necessary for the benefit of the team. It’s their prerogative. I have been taught from childhood that team comes first and I see no reason to change my philosophy. My job is to train and be ready,” Saha said.

In fact, Saha and Pant trained together during the New Zealand Test series which India lost 0-2.

“I wouldn’t say I have shared anything specific with Rishabh but we would train together along with our fielding coach R Sidhar. The interactions would be like I would tell him what are the situations that I have faced in my cricketing career, know about what he has faced,” he recalled.

“Also what Sridhar sir has observed from the sidelines or during training, we would discuss that. How to improve one’s keeping in various conditions, match simulations, game situations, these were the topics of conversation,” he added.

Saha, who who has 1238 runs and 103 dismissals in Test cricket, feels training camps will resume only when it’s safe.

“If I get matches well and good but all depends on the situation at that time. You still don’t know whether travelling is safe or not. I guess everything will be taken into account before the start of the camp,” he said. 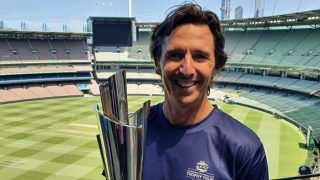 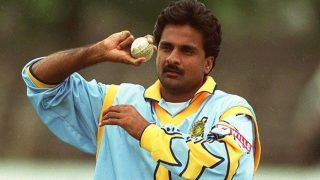