Sri Lanka's World Cup-winning captain Arjuna Ranatunga's tenure as the head of the Sri Lanka Cricket (SLC) came to be short-lived because of his opposition to IPL, a report has claimed. 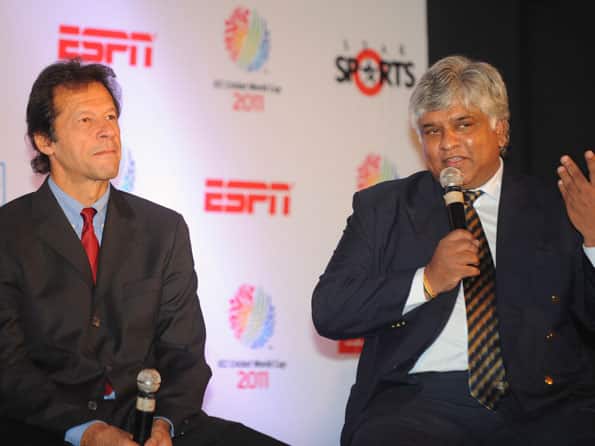 Sri Lanka’s World Cup-winning captain Arjuna Ranatunga’s tenure as the head of the Sri Lanka Cricket (SLC) came to be short-lived because of his opposition to IPL, a report has claimed.

The Island, quoting SLC documents said Ranatunga was removed “after the BCCI applied pressure on the Sri Lankan government”. Ranatunga was unavailable for comment on the matter.

The paper says an offer was made by the English Cricket Board (ECB) when Ranatunga was the head of SLC, for Sri Lanka to play a Test series in England, but the dates were clashing with the 2009 edition of the IPL.

Ranatunga’s request for the players to return early from the IPL was staunchly resisted by the players. As there was no softening of the stance by Ranatunga, the BCCI summoned a Sri Lankan delegation to come over to Bangkok for talks.

During the meeting held in Bangkok in October 2008, the BCCI was represented by sacked IPL Commissioner Lalit Modi, current President N Srinivasan and the then secretary Niranjan Shah.

The newspaper claimed that the SLC delegation was warned of dire consequences unless they toed the BCCI line.

“The meeting that lasted for approximately two hours ended with the BCCI adopting a very aggressive stance, stating that the forthcoming Indian tours that have been indicated in the FTP up to 2012, stand unconfirmed at present and stated that they are not ready for any negotiations or to compromise with SLC, as long as SLC’s present hostile approach,” the report said.

“Mr Modi, together with Mr Srinivasan were very puzzled and shocked at the attitude of SLC towards the BCCI. The BCCI representatives had said that they had never had to contend with such an attitude with any committees which were previously handling the affairs of SLC and in particular, were very surprised and concerned about the comments made by Chairman, Arjuna Ranatunga, at different forums,” it added.

Within a few weeks of the meeting, Ranatunga was removed as head of SLC by the Minister of Sports.

Ranatunga, who was a government parliamentarian at the time, switched over to opposition thereafter and still remains a strong critic of the IPL. (PTI)