Rohit believes India will benefit from the fact that their core group has played in Australia before and it gives the team advantage.

Their batting questioned overseas, vice-captain Rohit Sharma believes India s batsmen are ready to combat the bounce on offer in Australia when the two teams face each other in the first T20I at the Gabba on Wednesday. Speaking to the media in Brisbane, Rohit mentioned that India will benefit from the fact that their core group have played in Australia before and it gives the team advantage over the hosts, who have not been in the best of forms.

“If we look at the limited-overs leg the last time we were here, especially the T20s, we won 3-0,” Rohit said. “Yes, it is challenging for all out batsmen when we come around here with the boune and everything. But again, I think most of the guys have come to Australia before. So they understand the conditions. Of course, their bowling attack will challenge us, whichever format we play, but as a batting unit, we are prepared to face that challenge.”

Australia will be without the pace trio of Mitchell Starc, Josh Hazlewood and Pat Cummins for the T20 series and in their absence, the fast bowling responsibilities will fall on the shoulders of Nathan Coulter-Nile, Andrew Tye, Jason Behrendorff and Billy Stanlake, all three being tall pacers capable of troubling the opposition with bounce.

The biggest worry for Australia however is their latest results. They are coming off a 0-3 whitewash against Pakistan in the UAE, followed by a 1-2 loss to South Africa in ODIs. In the one-off T20, in which the game was reduced to a 10-over shootout, Australia lost by 26 runs. Despite the string of losses though, Rohit feels beating Australia at home will always be a tough nut to crack.

“I got a chance to see the rain-truncated 10-over game against South Africa. Australia in Australia will always be dangerous without doubt,” the vice-captain added. “So, we’ve got to be prepared for it. The key is to improve as a team, because in places like Australia you need the whole unit to perform, to come together so that is what our focus is on. We’ll try to challenge them with our spinners.”

As per Rohit, succeeding in Australia is something India really want to achieve. The team has come together as a unit and sorted out their bowling combinations. With five fast bowlers in Mohammed Shami, Ishant Sharma, Bhuvneshwar Kumar, Jasprit Bumrah and Umesh Yadav, and two spinners in R Ashwin and Kuldeep Yadav, India have a strong chance of getting the better of Australia s batting, which will be without Steven Smith and David Warner due to the two cricketers serving bans.

India need their batsmen to fire, and provided they do, Virat Kohli s team has a strong chance of creating history – winning their first Test series in Australia. On top of it, Australia’s recent struggles, on and off the field has let Rohit and India to believe that they can pull off something special this time around.

“Australia is one place where we want to leave our mark and do well. The last time we played a Test series here, we lost 0-2 but I thought there were a few close games, especially at Brisbane, which they chased but not before losing six wickets. We want to make it count, there is a real good feeling within the group. Different individuals will take up different places in the two formats, but the motive remains the same to seize key moments,” Rohit added. 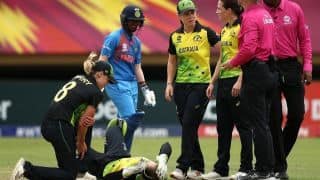