The latest example of India's middle-order collapse came to light during the tri-series final against Australia, where they lost seven wickets for 29 runs. Lack of runs from the middle order remains a serious concern for the India women cricket team and vice-captain Smriti Mandhana understands the need to rectify it ahead of the T20 World Cup starting Friday.

The latest example of India’s middle-order collapse came to light during the tri-series final against Australia, where they lost seven wickets for 29 runs. Prior to it, against England, India, from 78/3, slipped to 99/9 and this does not bode well ahead of the T20 World Cup, where India play Australia in the opener.

“The middle order could definitely improve,” Mandhana said. “There are some things we still have to figure out with our batting and we are trying hard to do that. The best way to support the middle order is for the top order to bat 20 overs. I think we need to try and bat long as a top four. We must try not to get out in the 16th or 17th over and the problem will be sorted if we can stay until the 20th over.”

One of the biggest collapses remain the final of the ICC Women’s World Cup in 2017, where in the final, India women, chasing 228 to win, crumbled and lost seven wickets for 28 runs to allow England to win the match by nine runs.

Mandhana is aware that her team comprises youngsters Jemimah Rodrigues and captain Harmanpreet Kaur. This was evident when they beat Australia riding on Mandhana’s 55 and Verma’s 49. On their day, India’s performers can win a match but consistency is what India women need to improve upon.

“We can be very unpredictable on our day, but I’d like to agree (with Mott),” Mandhana added. “We have some great batters and our order is very balanced. The top four or five are quite settled. We’ve had the same top five for the last year and that’s been a good thing for us.” 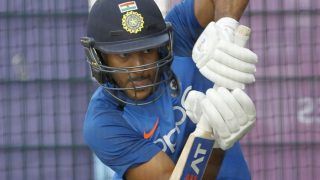 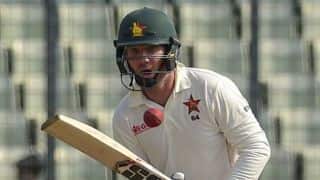