Cricket South Africa (CSA) claims that players from almost every top-tier cricketing nations have shown interest in participating in second edition of MSL.

Over 250 cricketers have signed up to enter the draft for the upcoming season of Mzansi Super League (MSL) – South Africa’s domestic T20 tournament.

Cricket South Africa (CSA) claims that players from almost every top-tier cricketing nations have shown interest in participating in second edition of MSL.

The level of interest shown, CSA says, confirms the growth MSL has shown and puts them in the same bracket as other popular global T20 tournaments.

“This is confirmation that MSL is now an established global brand that is taking its place at the head table alongside the other Global T20 events,” CSA chief executive officer Thabang Moroe said on Wednesday.

He added, “We have drawn interest from around the world with players applying from virtually all the top-tier international countries. To this can be added our Proteas, past and present, who will add further luster to our tournament. This will certainly be the biggest T20 event we have hosted since the inaugural T20 World Cup that was staged here in 2007 and became the forerunner of all the global T20 events that followed.”

The second edition is tentatively set for November-December.

Meanwhile, the six MSL teams have revealed their lists of retained players: 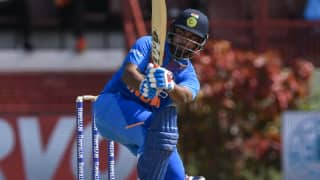 Steve Smith sucks momentum out of the opposition: Travis Head