Jos Buttler says he has overcome a mental hurdle after scoring a maiden Test century at Trent Bridge.

It was in July 2014 that Jos Buttler made his Test debut against India at Southampton. He made a rapid 83-ball 85 as England crushed India by 266 runs. Earlier this year, Buttler was handed the Test vice-captaincy but there was something that was nagging him continuously. He had played 22 Tests and still did not have a century.

The anomaly was corrected in the third Test, fittingly against India, at Trent Bridge when his rearguard action with Ben Stokes managed forced India to take the field again on Day 5 before a 203-run win. Buttler scored 106 before being dismissed and received a pat on the back from India captain Virat Kohli and the crowd rose to applaud his effort.

It took him four years to score a Test ton after debut and he called it as his ‘proudest moment in an England shirt’. “It is a nice mental hurdle to overcome knowing that I have a hundred and a clear idea of how I achieved it – it’s no longer nagging away at me that I don’t have a Test century. Hopefully it’s the first of many,” Buttler wrote in his blog for Sky Sports.

“I said it was my proudest moment in an England shirt because I hold Test cricket in really high regard. To come back into Test cricket and prove to myself that I have got the game to do well and score hundreds was extremely pleasing.”

Buttler is known for his big-hitting in the limited-overs cricket whereas in red-ball cricket, patience is the keyword something the England vice-captain wanted to test himself against. “A key part of my game-plan was to leave the ball well. I’ve always felt that when I’ve been successful in red-ball cricket it has been because I’ve left the ball well and sometimes in cricket the shots you don’t play are more important than the ones you do,” he wrote.

Paying glowing tributes to Anderson, Buttler said it’s an honour to play with the veteran of 141 Tests. “Jimmy is a shining example to everyone – his skill levels, his work ethic, his competitiveness. It’s an honour for us to be in the same team as him. It’s amazing to think I have been in the side with such a great of the game, which is what he will definitely go down as. He has a cracking sense of humour, too – very witty, very dry – as well as a grumpy side!” he wrote. 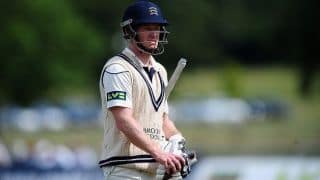 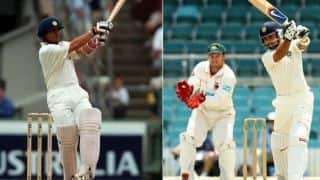