The live cricket streaming of Day 4 of the match between India and West Indies is available on tensports.com, along with OZEE and DittoTV app on your mobile.

Hosts West Indies take on visitors India, on Day 4 of the first of the four-match Test series at the Sir Vivian Richards Stadium, in Antigua on Friday, as the live cricket streaming of the match is available on tensports.com, along with OZEE and DittoTV app on your mobile, while the live telecast of the match is available on Ten 3 and Ten 1 HD, along with Hindi commentary on Ten 2. West Indies were facing the prospect of another huge series-opening defeat at 21 for one in their second innings at stumps, a deficit of 302 runs, after being forced to follow-on on the third day of the first Test against India on Saturday. LIVE CRICKET SCORECARD: India vs West Indies 2016, 1st Test at Antigua

Fast-medium bowlers Umesh Yadav and Mohammed Shami took four wickets each to wreck the home side’s first innings, dismissing them for 243 in the final session of the day with half-centuries by opener Kraigg Brathwaite and wicketkeeper-batsman Shane Dowrich representing the only meaningful resistance. Brathwaite, who defied India s array of pace and spin for almost five hours in getting to 74, could not survive the first over of the second turn at the crease, being trapped palpably leg-before by Ishant Sharma, reports AFP. LIVE CRICKET UPDATES: India vs West Indies 2016, 1st Test at Antigua, Day 4

“It was a decent knock in the first innings but I would have loved to go on. With three out-and-out pacers and two spinners, the Indians have a lot to choose from. They stuck to their plans very well. It was never easy batting against them,” said Brathwaite at the close of play. IND vs WI Live Streaming: Watch live telecast on Ozee.com

Rajendra Chandrika and Darren Bravo survived to the close and will resume on the fourth day hoping to put up a much more concerted effort than in the first innings, added AFP. 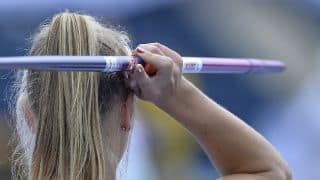