Padma Shri will be a motivation to do well for the country: Jhulan Goswami

Padma Shri will be a motivation to do well for the country: Jhulan Goswami

India eves' captain Jhulan Goswami couldn't believe her ears when she was informed about being the proud recipient of the Padma Shri award. 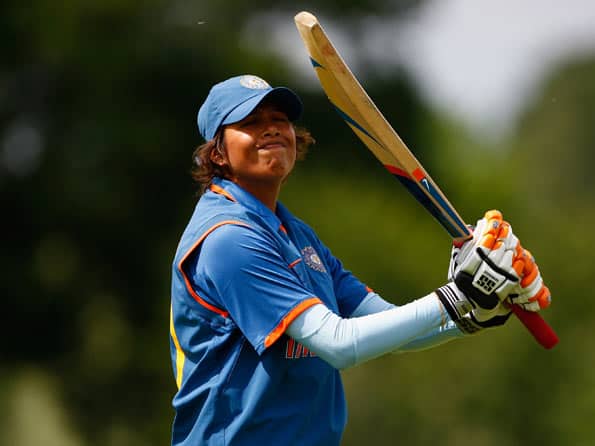 Jhulan Goswami said she could not believe her ears, when she got a call informing about the award Getty Images

India eves’ captain Jhulan Goswami couldn’t believe her ears when she was informed about being the proud recipient of the Padma Shri award.

Jhulan was bowling at the NCA, Bangalore where India’s preparatory camp for the upcoming West Indies series was being held and the news came out of the blue for the small town girl from Chakdah in Nadia district of Bengal.

“I could not believe my ears, when I got a call informing me about this development. But then I was flooded with congratulatory calls and the feeling gradually sunk in,” Jhulan told PTI today.

The premier fast bowler of the women’s team said that he didn’t have any clue whatsoever that the sports ministry has send his name for the Padma awards.

“I did not have an iota of clue when my name was recommended from the union sports ministry. It’s really a big honour. Getting a recognition from the government is something really big.”

Jhulan has not looked back ever since she made her international debut in 2002. She became only the second cricketer, the first Indian, to win the ICC International Women’s Player of 2007 and three years later she was bestowed with Arjuna Award.

Two years later after that, Jhulan clinched a hattrick of sorts by winning the Padma Shri.

Jhulan feels that an honour like Padma Shri will only motivate her to bring more laurels for the country. She is only second woman cricketer to receive Padma Shri after Diana Edulji.

“It’s really a big recognition. Such awards motivate us to do well. Things in the women’s cricket are changing for good.

“We are getting good support from the BCCI in the last five-six years as we have access to better facilities now,” Jhulan, who received the M.A Chidambaram Trophy for the ‘Best Woman Cricketer’ by the Board, said.

But the biggest motivation will be to lead India in the upcoming 2013 World Cup.

“Our preparation is going in the right direction for the West Indies tour. The ICC World T20 is an important challenge this year. Next year, we have the 50-over World Cup at home.

We are all looking forward to rise to the occasion. If we can win, it will be memorable,” she said dedicating the award to her coach Swapan Sadhu, family and teammates.

Jhulan has represented India in eight Tests bagging 33 wickets at an average of 16.36.