The Pakistan Cricket Board might split its forthcoming Test and ODI series against Sri Lanka at two neutral venues but has dropped the idea of organising it in Zimbabwe. 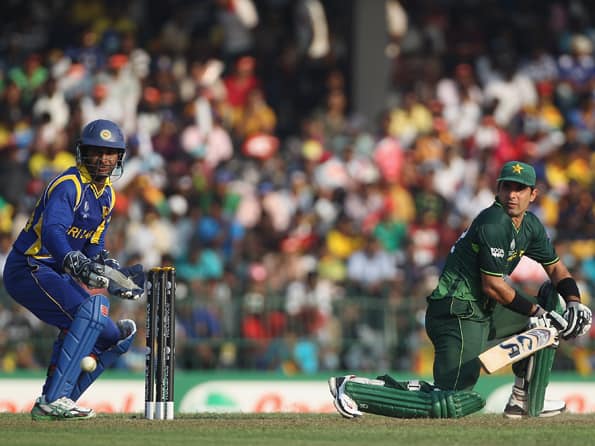 Now that Zimbabwe is out of question, the Tests may be played in Sri Lanka and ODIs in Dubai AFP

The Pakistan Cricket Board might split its forthcoming Test and ODI series against Sri Lanka at two neutral venues but has dropped the idea of organising it in Zimbabwe.

Zimbabwe was under consideration to be a neutral venue for the Pakistan-Sri Lanka series later this year but sources in the board said the high costs involved in organising the matches had virtually ruled it out of contention.

“The costs are a big factor in the board deciding on neutral venues for its home series like the one against Sri Lanka. Zimbabwe was a high cost option,” an official source said.

Pakistan has been forced to play its home series abroad since 2009 when terrorists attacked the Sri Lankan team in Lahore.

Since then, no team has toured Pakistan for an official series because of security reasons although Afghanistan was in the country last month to play a series against the Pakistan ‘A’ side.

Sri Lanka have also asked Pakistan to organise the series in October and November either in Sri Lanka or at a neutral venue while turning down an official invitation from the PCB to tour Pakistan for the series.

“Chances are that the Tests may be played in Sri Lanka and the limited over matches in Dubai and Abu Dhabi,” the source said.

He said Sri Lanka was a viable option because of low costs and also because having Tests in a cricket nation could induce more people to watch the matches.

“There are decent crowds for the limited over matches in Dubai and Abu Dhabi as we have seen in recent series there but hardly anyone comes for the Tests. So we are mulling the possibility of splitting the series into two parts and organising it in two countries,” the source said.

Pakistan will also have to play its home series against England in Sri Lanka or some other neutral venue as the England Cricket board has refused to send its team to Pakistan because of security concerns.

The source said Pakistan was keen to support Zimbabwe and the national team would be touring the African nation in August to play a Test and some one-day matches.

Two years under Chappell was worst in my career: Zaheer