Pakistan were just 46 runs away from winning the first Test against New Zealand in Abu Dhabi on Monday despite a clatter of early wickets and the loss of middle-order batsman Asad Shafiq in the last over before lunch.

Pakistan, set 176 to win the match, were 130 for four at the break with Azhar Ali unbeaten on 40 after an innings-reviving stand of 82 with Shafiq in the first session. Shafiq was caught behind to left-arm paceman Neil Wagner after lifting Pakistan from a perilous 48-3 since resuming at 37 without loss.

Before his dismissal, Shafiq passed a personal milestone of 4,000 Test runs, becoming the 11th Pakistani batsman to do so. Shafiq and Azhar rescued Pakistan after high drama at the start of the day, when Pakistan lost three quick wickets in the space of just eight runs and as many balls.

Opener Imam-ul-Haq was trapped leg-before to a full length ball by left-arm spinner Ajaz Patel in the fifth over of the day. Imam made 27 with four boundaries. His fellow opener Mohammad Hafeez then miscued a drive off leg-spinner Ish Sodhi’s next over and was caught in the covers for 10. Haris Sohail followed three balls later, caught and bowled off a Sodhi full toss for four. 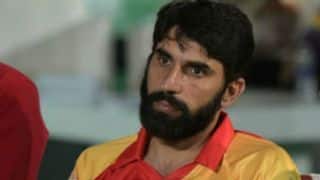 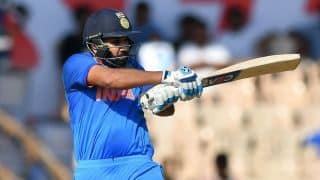