Pakistan lost only a wicket in the session in the form of skipper, Misbah-ul-Haq.

Pakistan are 517 for the loss of four wickets against Australia at tea on the second day of the second and final Test being held at Abu Dhabi. They lost only one wicket in the session, that of skipper Misbah-ul-Haq, who was dismissed after scoring a brilliant 101.

However, the session saw a couple of records from Younis Khan. Firstly, when he scored 150 he levelled the record held by Pakistan great Javed Miandad; that of the most 150-plus scores in Test cricket by a Pakistani. Secondly, while on 181, he became the third Pakistan batsman to score 8,000 or more runs. He is behind Miandad and Inzamam-ul-Haq at present. He also scored a his fifth Test double ton against an Australian attack which seemed to have faded out by this point.

It would be interesting to see what happens in the third session. Whether they would go for a declare or continue to bat on till the end of the day as Younis remains unbeaten on 205. 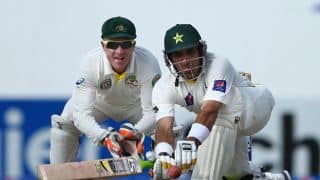 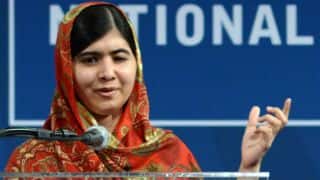