Unsurprisingly, most of his batsmen found life difficult, even with the floodlights on for most of the inning

Imam-ul-Haq‘s well-made 61 was the highlight for Pakistan as they were dismissed for a meagre 168 on the first day of their tour opener against Kent at Canterbury on Saturday. If Pakistan captain Sarfraz Ahmed wanted his top-order to experience typical early season English conditions, he could hardly have made a better decision than to bat first in this four-day fixture after winning the toss on an overcast morning.

Unsurprisingly, most of his batsmen found life difficult, even with the floodlights on for most of the innings and Kent medium-pacer Will Gidman enjoyed the conditions by taking five for 47 as Pakistan were dismissed inside 56 overs. But left-hander Imam, the 22-year-old nephew of Pakistan chief selector and former Test batsman Inzamam-ul-Haq, still struck nine fours in a 111-ball innings lasting nearly three hours.

Openers Sami Aslam and Azhar Ali started steadily before Azhar (15), going for a booming drive, was clean bowled by Gidman. And 28 for one became 28 for two when Aslam (13) was lbw to Harry Podmore. Uncapped at Test level, Imam — who made a century on his one-day international debut against Sri Lanka in October — cover-drove two stylish fours off seamer Calum Haggett.

He then advanced down the pitch to drive off-spinner Adam Riley for a boundary shortly before lunch. A square cut boundary off Ivan Thomas saw Imam to an 89-ball fifty before the bespectacled batsman was lbw to Gidman, who also had Sarfraz caught behind. Mohammad Amir gave Gidman his fifth wicket but Hasan Ali added late impetus with two sixes in his 24 before he was last man out.

After this match, Pakistan face Northamptonshire before providing the opposition for Ireland’s inaugural Test, in Malahide, from May 11-15. They then return across the Irish Sea for a two-Test series against England. 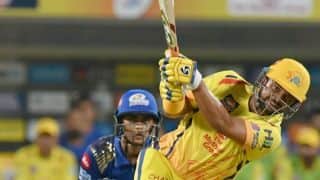 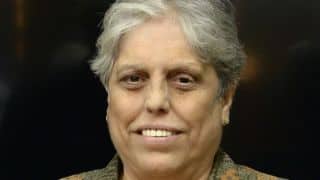