Pakistan have announced their 16-man squad for the upcoming three-match Test series against Australia Down Under.

Pakistan have announced their 16-man squad for the upcoming three-match Test series against Australia Down Under. The selectors have retained the same squad that is currently playing in New Zealand. Sharjeel Khan and Mohammad Rizwan were the only two players in the side, who were fresh inductees for the New Zealand tour, and have just played a game on the tour so far, while they retain their spot in the side for the tour Down Under. The series is all set to begin with the opening Test at The Gabba in Brisbane from December 15, while Pakistan are currently trailing the Kiwis by a game in the second and final Test of the series at Hamilton. FULL CRICKET SCORECARD: Pakistan vs Australia, 1st Test at Brisbane

Earlier, it was also reported that Pakistan all-rounder Mohammad Hafeez is unlikely to find a place in the national squad for the upcoming three-match Test series against Australia. According to the Dawn, Pakistan chief selector Inzamam-ul-Haq had decided against making any changes to the Test side that is playing the ongoing final Test of the two-match series against New Zealand at the Seddon Park in Hamilton. Inzamam, however, was expected to consult Test skipper Misbah-u-Haq in Lahore on Monday before announcing the squad for the Test series, which also features matches in Melbourne (December 26-30) and Sydney (January 3-7). Pakistan vs Australia: Mohammad Hafeez doubtful for selection

Hafeez s lack of runs in the ongoing Quaid-i-Azam Trophy National Cricket Championship and his inability to bowl until he clears the bowling test, which took place in International Cricket Council s (ICC) biomechanics lab, seem to be the reasons that have gone against him. 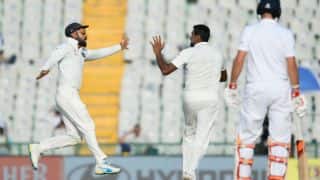 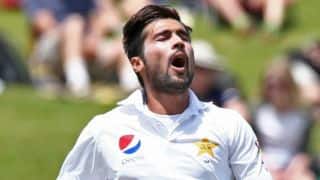 Mohammad Aamer: I try to be a team man