Selectors have recalled Mohammad Hafeez to the Pakistan squad for a tour of Zimbabwe where the team plays a T20 International series also involving Australia and a 5-match ODI series with the hosts. Hafeez, who has been cleared to bowl again in international cricket again, makes a comeback to the team after last playing in January in New Zealand. The veteran of 50 Tests, 200 ODIs and 81 T20Is, whose bowling action was cleared for the third time in three years in May, had lashed out at the implementation of rules on bowling action by ICC.

The selectors apparently also turned down a request from Mohammad Aamer to be given a break as he was named in both the T20I and ODI squads. On the other hand, they sidelined Ahmed Shehzad from the T20 squad confirming reports that he has tested positive in a dope test for marijuana. Shehzad was in the squad that played 2 T20Is in Scotland earlier this month.

The selectors also didn’t consider Imad Wasim who didn’t clear a fitness test on Friday in Lahore while Babar Azam was also named in the ODI squad but subject to passing a fitness test. Babar had suffered a fracture in his arm in a Test in England last month while Imad has been struggling with a knee injury for some months now.

The selectors called up Junaid Khan and Yasir Shah in the ODI squad after they passed fitness tests at the national cricket academy. Yasir, who missed the Tests in Ireland and England last month due to a hip injury, will team up with young leg-spin all-rounder Shadab Khan for the ODI matches in Zimbabwe.

The selectors have also picked uncapped batsman Sahibzada Farhan for the T20 tri-series which will take place in Harare from July 1 to 8 with Australia and Zimbabwe the other teams in the competition. 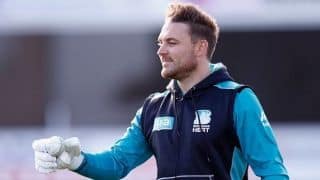 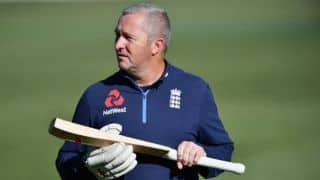