All-rounder Mohammad Hafeez has returned to Pakistan‘s 16-member squad for the three-T20I series against Sri Lanka. The squad otherwise remains similar to the one that beat ICC World XI 2-1 in Lahore last month. Sohail Khan was called up as cover for Mohammad Aamer then as he was expecting fatherhood. The pacer has been omitted from the current squad.

Aamer’s shin injury prevented him from taking part in the ODIs but he is named in the squad. He will play subject to fitness clearance. Hafeez finds himself reinstated in the shortest format. He last played T20Is in West Indies earlier this year.

The first two matches of the series will be played on October 26 and 27 at the Sheikh Zayed Stadium, Abu Dhabi. The teams will then travel to Lahore for the last match on October 29. Earlier, there were concerns about the last match being held in Pakistan after the Sri Lankan players expressed their reluctance to travel to Pakistan. However, the issue has been solved after an assurance from the Sri Lankan board. 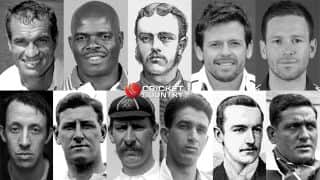 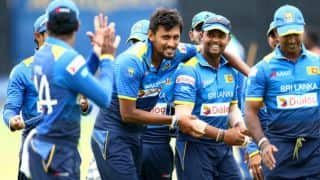