Skipper Misbah-ul-Haq regretted his team's long term problems in batting and said he hoped his players learned quickly to avoid another series defeat. 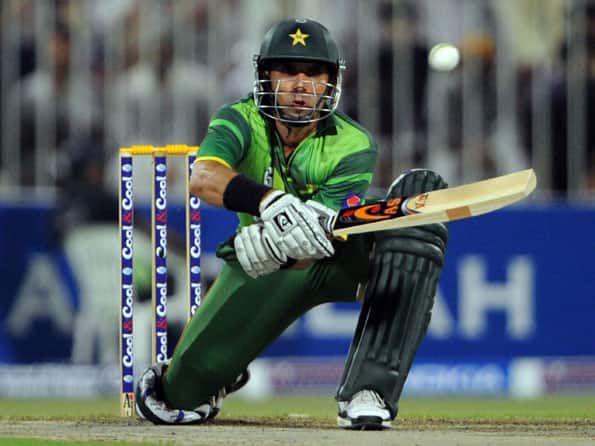 Skipper Misbah-ul-Haq on Wednesday regretted his team’s long term problems in batting and said he hoped his players learned quickly to avoid another series defeat.

Pakistan lost the first ODI against Australia by four wickets here on Tuesday after another batting collapse saw them bowled out for 198 in 45.1 overs, their last six wickets going for 38 runs.

Misbah showed disappointment over not scoring big despite including seven regular batsmen in the side.

“I think the strategy (to include seven batsmen) was obvious from the collapse, we are struggling in batting since the England series and then in Sri Lanka so that is why we kept seven batsmen,” said Misbah.

Pakistan are now 1-0 down in the three-match series. They have lost their last two one-day series 4-1 against England here and 3-1 in Sri Lanka.

“At one point we thought we can make 230 and considering our spin bowling it’s a good total but a lot of players are new and, maybe, because some senior players are not there so we couldn’t reach that point,” said Misbah.

Pakistan left out experienced batsman Younis Khan from the series after he managed just ten runs in four one-day innings in Sri Lanka in June.

Misbah singled out lower order batting as the main cause of concern.

“We are not able to read the match situation well. Our lower order is not contributing which is essential. We needed 30-40 from the lower order and that is why we kept Kamran Akmal and Shahid Afridi in lower order,” said Misbah.

Pakistan were cruising along nicely at 159-4 with Asad Shafiq (56) and Umar Akmal (52) at the crease but lost three wickets in the five batting power-play overs, scoring just 16.

Pakistan hit back through off-spinner Saeed Ajmal who took 3-30 and when Mohammad Hafeez (2-29) dismissed Clarke with Australia still needing 78, they were in with a chance.

But Baily and Glenn Maxwell (38) added an invaluable 63 for the sixth wicket which helped Australia achieve the target.

“When we got Clarke we tried everything, kept attacking fielding but credit must be given to them. The way Bailey and Maxwell batted, it showed maturity even though they were playing their third fourth matches,” said Misbah.

The second match will be played in Abu Dhabi on Friday followed by the third in Sharjah on Monday.

Both teams will also play three Twenty20 internationals — all in Dubai — on September 5, 7 and 10.(AFP)