There seemed to be no planning in World XI‘s camp to chase 184. They were in a hurry to score runs, and lost the top-order in no time. From 15 for no loss, they were reduced to 67 for 5. Two run-outs and three clean dismissals meant they were down and out. Nonetheless, Thisara Perera and David Miller muscled some big shots and brought down the equation to 65 off 30 balls. However, the top order woes proved too costly and Pakistan bowled much-better in the death overs to seal the three-match T20I series 2-1. They lift the Independence Cup on Jummah’s eve as well.

In pursuit of 184, World XI relied heavily on their power hitters. Nonetheless, the base was not set up and they lost wickets at regular intervals. Tamim Iqbal once again perished after a start. Hashim Amla was involved in a mix-up with Faf du Plessis, and departed. In addition, Faf also went back in a similar fashion. Playing his first game of the tour, George Bailey kept wickets for the first time in an international game (maybe, auditioning for Matthew Wade’s role in the national side) before failing with the bat. Miller, Perera and Darren Sammy fought hard to take the total to 150 for 8; falling short by 33 runs.

Earlier, Faf opted to bowl. His bowlers erred in their lengths and offered a lot of freebies. As a result, Ahmed Shehzad (89) wreaked havoc along with in-form Babar Azam. The duo added a 102-run stand together and set the tone for a big total. Shoaib Malik continued to play the finishers’ role as Pakistan posted 183 for 4.

This is Pakistan’s first major victory on home soil after a long gap of 9 years (barring the Zimbabwe series 2015). More than the series triumph, they would be delighted to host international games after the infamous terror attacks of 2009. It was a successfully organised series with former Pakistani skippers, Misbah-ul-Haq and Shahid Afridi, given grand farewell by PCB.

There was also a placard by a Pakistani fan hoping to see India’s MS Dhoni and Virat Kohli play in Pakistan in near future. With the recent political turmoil separating both sides from playing a bilateral series, this seems to be a long shot. Nonetheless, the emotions cannot not be overlooked. 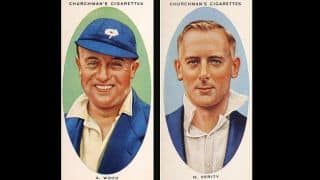