The move comes as a refreshing one at a time when Indo-Pak cricketing relations are at its worst.

New Delhi: The blind cricketers from Pakistan have been given a government clearance to take part in the Twenty20 (T20) Asia Cup in India in January. Currently the 22nd National Cricket Tournament for Blind in India, which will act as a selection event for the T20 Asia Cup, is in progress. The Indian cricket team for the blind made the country proud by winning both T20 World Cup in 2012 and One-Day International (ODI) World Cup in 2014. But Pakistan government’s approval of sending its team to India comes as welcome move, especially amid the uncertainty over Indo-Pak cricket series as BCCI awaits the government nod for the bilateral event against the arch-rivals. READ: The heart-wrenching account of India’s visually-challenged cricketers – a team that won the T20 World Cup

The national tournament will played in league format followed by the semi finals and the final. Eight teams from all the four zones will play a total of 15 matches in Central Civil Services Cultural & Sports Ground and Devi Lal Stadium in Gurgaon. The outcome of the National Tournament would be formation of a 17 member Indian team which will be selected to play T20 Asia from January 16- 24, 2016 in Jawaharlal Nehru Stadium, Kochi, according to a report from news9express. 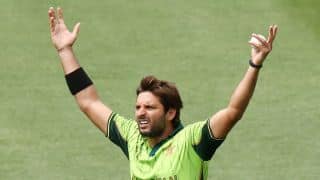 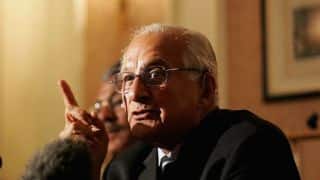