Former Pakistan pacer, Mohammad Zahid claims that he is not the only bowler whose career was ruined by inconsistent policies and poor management of the Pakistan cricket administration, as there were many other youngsters who also suffered. 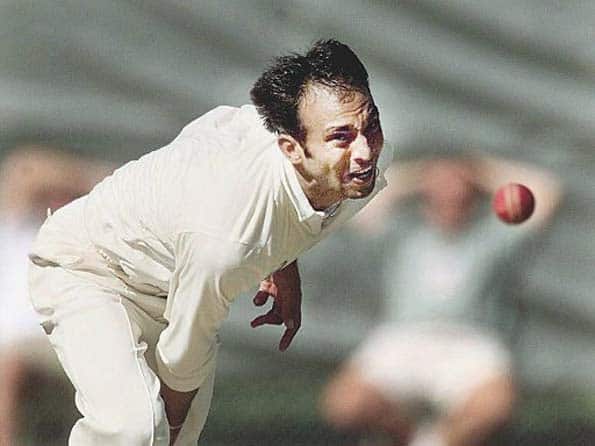 Former Pakistan pacer, Mohammad Zahid claims that he is not the only bowler whose career was ruined by inconsistent policies and poor management of the Pakistan cricket administration, as there were many other youngsters who also suffered.

“The likes of Saleem Elahi, Mohammad Akram, Aamer Nazir, Fazle Akbar, Shadab Kabir and Asim Kamal were all world class yet were lost to the system. The irony is that these players are not from one particular province, they are from all over the country which means that any player from any region/province can suffer at the hands of the administration,” said Zahid, who impressed with his 11-wicket haul in his debut Test at Rawalpindi to help Pakistan level the series against New Zealand.

Many cricket experts immediately noticed his talent and he was hailed as the fastest bowler in the world. But unfortunately, he was a forgotten man, reports Dawn.

“I guess they did not like my face, I tried my hardest every time, ran in ball after ball, my passion was cricket and playing for Pakistan was the realization of a childhood dream, yet I was never given a consistent run despite bowling in great pain,” he says.

Zahid made a mark in Pakistan s victory in the tri-series in Australia in January 1997, which had West Indies as the third team. He was at his peak and the great Brian Lara found it tough to face him.

“Those were the golden days of my life, I was extremely happy with my performance and was greatly inspired by the legendary duo of Wasim Akram and Waqar Younis,” says Zahid.

After that tour, Pakistan toured Sri Lanka for a two-match series. Due to the unavailability of Wasim and Waqar, an injured Zahid, who was nursing a stiff back, was forced to bowl long spells in difficult conditions.

“I told the team management that I was struggling with my back, despite my complaint I was forced to bowl. As a rookie I could not turn them away, by the time the series finished my back gave in and I spent one year in rehabilitation from a career threatening stress fracture,” he recalls.

He made a comeback after a year in the Sahara Cup against India in Canada, and despite doctors advice, he was asked to bowl long spells in the second test against Australia in 1998 in Peshawar.

“The Ws (Wasim and Waqar) were unavailable for the match, Shoaib Akhtar and I were summoned to bowl on a flat deck and Mark Taylor scored a sublime triple century,” he said.

He was forgotten after that series, and was left out of the 1999 World Cup squad, which included Shoaib Akhtar.

Four years later, Zahid once again made a comeback, but failed to impress and was left out after the tours of Zimbabwe and South Africa.

He played five Tests and 11 ODIs for Pakistan.

Now settled in Liverpool, he wants to help in nurturing upcoming fast bowlers.

“I want to contribute in a different way, I don t believe in the academy system in Pakistan my aim is to unearth the talent in the rural areas and help overcome the regional bias and prejudice that has hurt the game in the country,” he said.