Pakistan Cricket Board, Board of Control for Cricket in India at loggerheads over Asian Emerging Nations C

Relations between Pakistan and India are at their lowest ebb and the Indian board has steadfastly refused to entertain any full bilateral series.

Pakistan is likely to adopt a strong stance at the Asian Cricket Council meeting in Kuala Lumpur this week and will insist on hosting the Asian Emerging Nations Cup tournament this year. According to a senior official of the Pakistan Cricket Board, Pakistan will make it clear at the meeting that if India can’t come to Pakistan to play in the Emerging Nations Cup than Pakistan will also not be able to send its team for the Asia Cup in September in India.

The PCB will try to convince the member boards to move the Asia Cup out of India to a third country like Malaysia or even Sri Lanka so that Pakistan can participate in it, the official said. PCB Chairman, Najam Sethi, and chief operating officer, Subhan Ahmad are due to fly out today for Kuala Lumpur where Sethi will chair the meeting as ACC President. Another official source said that Sethi had decided to adopt a strong stance with India which will be represented at the meeting on Monday and Tuesday.

PCB is not happy over India’s attempts to move the Asian Emerging Nations Cup out of Pakistan on security grounds. It will adopt a tit for tat policy by insisting it can’t send its team to India for the Asia Cup in the current scenario, the source confirmed. The ACC meeting will finalise dates for the two tournaments and the Asia under-19 Cup to be held this year.

Relations between Pakistan and India are at their lowest ebb and the Indian board has steadfastly refused to entertain any full bilateral series with Pakistan since 2008. Sethi has said he will be holding discussions with other boards at the ICC meeting in Kolkata from April 22 to convince them to send their teams to Pakistan for bilateral series. 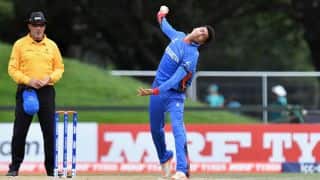 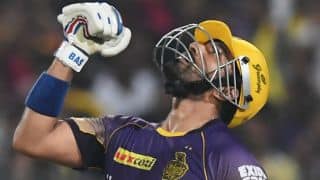