Pakistan is keen to have the Ireland and South African teams for Twenty20 matches. The Pakistan Cricket Board (PCB) on Wednesday sent out invitations to South Africa and Ireland to tour the country for a limited overs series next year.

Pakistan has not hosted any home Test series since March 2009 when militants attacked the Sri Lankan team in Lahore leaving six Pakistani policemen dead and some visiting players injured.

According to a report in Press Trust of India (PTI), the PCB are also trying to convince Sri Lanka and Bangladesh to visit Pakistan in December and January to play the ICC World Test Championship matches.

“The Board is confident that it will be hosting at least four foreign teams in a span of five to six months next year after it invited South Africa and Ireland to tour Pakistan for limited over series,” a PCB source said.

Sri Lanka’s top players had opted out of the September-October series, which spanned 13-days.

Pakistan is keen to have the Ireland and South African teams for Twenty20 matches. “South Africa is a top team while Ireland also carry substantial influence in the ICC so the PCB believes if these two teams come to Pakistan early next year it will pave the way open for even Australia, England and New Zealand to send their teams soon,” he said. 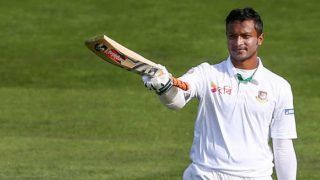 Shakib Al Hasan is Equal to Two Players: Captain Mominul Haque Speaks About Absence of Experienced All-Rounder From Bangladesh Squad Ahead of 1st Test Against India in Indore 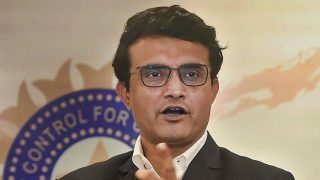