Steve Rixon pointed out that he left the Pakistan dressing room only because he had an issue with the PCB administration and not any player.

Pakistan cricket team s former fielding coach Steve Rixon, who quit from his post in June this year, has accused the Pakistan Cricket Board (PCB) of being stupid and unprofessional.

Rixon s departure from the squad was evident from Pakistan s dismal fielding standards in the 2018 Asia Cup. According to a report in ESPNCricinfo, Pakistan have caught four and dropped nine outfield catches, barely a 30 per cent success rate during the ongoing tournament in the UAE.

During the Super Four clash against India, Pakistan skipper Sarfraz Ahmed rued dropped catches as they went down to their arch-rivals for the second time.

Meanwhile, Rixon, a former Australia Test wicketkeeper, who joined Pakistan s coach staff in 2016, is livid with the PCB for disbursing late payments.

“They didn’t pay subsidiary staff on time. Everyone was meant to go to the World Cup, which would be the sensible thing to do but not unless they improved their act,” Rixon told Fairfax Media.

“I told them, ‘you guys will make me angrier and angrier, and I don’t need it.’ I said ‘thanks, but no thanks’.”

Rixon pointed out that he left the Pakistan coach only because he had an issue with the PCB administration. “Let’s make one thing clear, the players and the coaches so forth no problems at all, thoroughly enjoyed my time,” Rixon said.

“Seriously, the PCB are not professional unit and are not doing things as they should. If they want outsiders to the country, they should make sure they look after them.

“Hence, they lost myself and they’re losing good people because of their stupidity and lack of professionalism. It’s no skin off my nose. Shame because I enjoyed working with the players and saw some fantastic things there.” 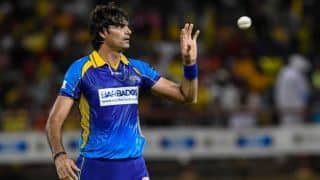