Pakistan Cricket Board (PCB) chairman Shahryar Khan has confirmed that the replacement of Test skipper Misbah-ul-Haq, who is expected to step down from the helm after the upcoming New Zealand and Australia tours,

Karachi [Pakistan]: Pakistan Cricket Board (PCB) chairman Shahryar Khan has confirmed that the replacement of Test skipper Misbah-ul-Haq, who is expected to step down from the helm after the upcoming New Zealand and Australia tours, has not been decided yet. Shahryar further said that they would try to convince Misbah if he could continue leading the side for some more time. The 82-year-old PCB chairman, however, insisted that as Misbah and veteran batsman Younus Khan are nearing retirement, the board needs to make all the necessary preparations from now.

We haven t decided who will lead the Test side once Misbah steps down. If the upcoming tours in Australia and New Zealand go well, then we can even ask Misbah to continue leading the side for a while,” the PCB chairman was quoted, as saying by the Express Tribune.

Misbah and Younus Khan have been performing well for Pakistan and are in contention to remain in the side. However, they are nearing their retirements and for the future of the team we must make preparations from now, he added. Pakistan will play two-match series against New Zealand, the first in Christchurch starting from November 17 and the second in Hamilton from November 25.

On the other hand, 2016 has been a fantastic year for Pakistan s Test captain Misbah-ul-Haq. He first led his franchise Islamabad United (IU) to the title win in the maiden edition of Pakistan Super League (PSL). Then in his first appearance in England, he hit a stupendous ton at the Mecca of cricket, Lord s. He then led his side to a historic win at the home of cricket in the same match and later drew a keenly fought four-match series with England 2-2. The historic achievement saw his side rise to the No. 1 spot in ICC Test rankings and Misbah receive the ICC Test mace in a gala event in Lahore s Gaddafi Stadium. 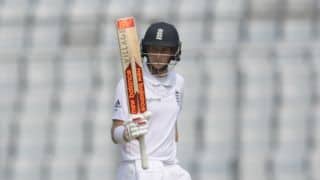