PCB plans to conduct a Women's Cricket Cup in honour of Malala.

The Pakistan Cricket Board (PCB) revealed on Tuesday that it aims to conduct a Women’s Cricket Cup in the name of Pakistani Nobel Peace Prize winner Malala Yousafzai to pay tribute to her for the achievement.

A PCB official said that the chairman has thoughts to introduce a tournament named after Malala in order to give the country’s women cricketers, who had recently won gold during the 17th Asian Games, a boost to build up their confidence.

However, he said that the final decision will would be made after the consultation with the board to finalise the Cup, adding that the tournament would be a tribute to the Nobel Peace Prize winner for her tremendous achievement for the country, The Dawn reported.

Malala gained worldwide recognition after she was injured two years ago in a Taliban attack for her outspokenness regarding women and the right to a fair education. She survived the attack and has since been able to take her campaign to a global stage.

The PCB official said that the board has always played a tremendous role in the evolution and development of women’s cricket in the country. He added that the PCB continues to provide a number of women’s tournaments being organised for the last 3-4 years now and the standard of these competitions is improving every year. The official also said that women players won the Asian Gold Medal twice and hence have every right to be well recognised worldwide. 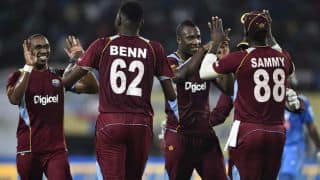