Pakistan's Shadab Khan is battling to be fit for the World Cup after contracting hepatitis, reportedly from a dentists's non-sterilised instruments.

Pakistan‘s fast-rising allrounder Shadab Khan is battling to be fit for the World Cup after contracting hepatitis, reportedly from a dentists’s non-sterilised instruments.

The 20-year-old was last month ruled out of Pakistan’s ongoing tour of England after blood tests revealed he was suffering from hepatitis.

Pakistan media reported that Shadab contracted the virus during dental treatment in Rawalpindi.

The Pakistan Cricket Board (PCB) said Shadab had a check-up with a UK-based doctor and was advised two weeks rest.

“Shadab had a check up with Dr Patrick Kennedy, a world renowned gastroenterologist and hepatologist who specialises in liver disease in elite sportsmen and was put on medication,” said a PCB release.

After two weeks rest, Shadab will undergo another round of blood tests in Lahore after which his availability for the World Cup will be assessed, a PCB spokesman said.

All ten teams in the tournament have until May 23 to change their squads for the World Cup which starts in England and Wales from May 30.

A leg-spinner of great potential, Shadab has been Pakistan’s key bowler in one-day internationals and Twenty20 cricket since his debut in 2017. 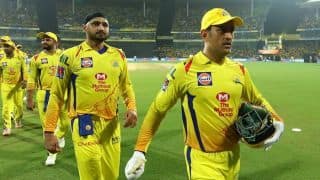