New Zealand's Director-General of Health Ashley Bloomfield on Friday said that he still has concerns regarding risk of 'cross-infection' within Pakistan cricket squad. New Zealand health ministry has refused to grant permission to allow Pakistan cricket team to train during their isolation period in Christchurch. Eight members of the touring Pakistan team have tested positive for the coronavirus after landing in the country.

New Zealand’s Director-General of Health Ashley Bloomfield on Friday said that he still has concerns regarding risk of ‘cross-infection’ within Pakistan squad.

“I have very carefully considered this situation. At this time, I continue to have ongoing concerns about the risk of cross-infection within the squad,” Bloomfield said on Friday.

“There have been a number of active cases identified among the team. Public health considerations will continue to be foremost in our response to Covid-19, whether this involves individuals or teams. We appreciate the challenges that this decision will have for the touring team,” he added.

Earlier, Bloomfield had said that CCTV footage showed members of Pakistan cricket team breached coronavirus protocol by not staying in their rooms before the results of the first tests were made available.

“Rather than being in their own rooms which is the requirement for the first three days until that first test comes back, there was some mingling in the hallways, chatting, sharing food and not wearing masks which was obvious on the CCTV footage,” Bloomfield had said.

The development jeopardised the entire tour with Pakistan Cricket Board CEO Wasim Khan reportedly telling the squad they are in danger of being sent home should there be another breach.

Pakistan are scheduled to play three T20Is and two Test during their New Zealand tour.

They were to play four-day game starting December 10 against New Zealand A but now will play a series of intra-squad matches instead. 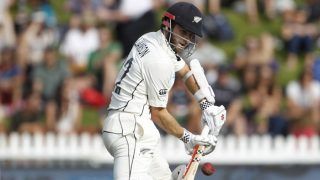