Pakistan cricketers have asked for a 30 to 35 percent hike in their central contracts from their Board which would soon be announcing the list of centrally contracted players for the year 2014.

A board official said the Test and One-Day International (ODI) captain Misbah-ul-Haq and some senior players had met with the acting Pakistan Cricket Board (PCB) Chairman Najam Sethi requesting him for the pay hikes in the central contracts.

“Speaking on behalf of the players Misbah pointed out that the players had not got proper pay hike for a while, although in all other countries the boards had given handsome raise to their players in their central contracts,” the official said.

“The players are now expecting a raise of around 30 to 35 per cent,” a source close to the team said.

He said Sethi had assured the players they would get reasonable hike even though the board had already given them nominal increases in their central-contract salaries and match fees in the last two years.

The board is due to announce the new list of players who will get central contracts in two months time with the national selectors already being told to draw up the shortlist of players.

At present, the highest salary given to the category A players in the central contracts is around 325,000 rupees per month.

Last year the board had increased the match fees of players for Tests, ODIs and T20 matches by 10 to 15 percent.

The source said some of the senior players might find themselves out in the cold this time as the board is planning to give more financial encouragement to the new and younger players.

The board is also planning to hold its annual awards function in March where the players will be given handsome cash prizes with their awards. 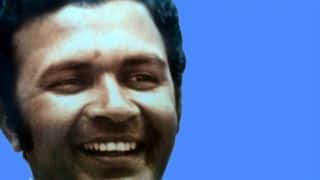 Kenia Jayantilal: The man who made way for Sunil Gavaskar 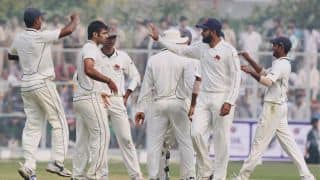