Pakistan Cup 2016: Younis Khan likely to face ban for walking out of tournament

Pakistan Cup 2016: Younis Khan likely to face ban for walking out of tournament

Former captain Younis Khan is likely to face a ban of three to five matches for walking out of the Pakistan Cup national One-Day tournament after a dispute with the match referee and umpires.

Karachi: Country’s top Test run-getter and former captain Younis Khan is likely to face a ban of three to five matches for walking out of the Pakistan Cup national One-Day tournament after a dispute with the match referee and umpires. Younis had a run-in first with the umpires over some decision and than the match referee, Aziz ur Rehman who summoned him for a disciplinary hearing and when the senior player didn’t show up, fined him a maximum of 100 per cent of his match fees.

The incidents involving Younis and the umpires and match referee took place over the space of two matches that involved the Khyber Pakhtunkhawa team which Younis led in the tournament being organised by the Pakistan Cricket Board in Faisalabad. “The PCB Chairman, Shaharyar Khan has taken serious notice of the incidents involving Younis and has summoned a report from the match referee,” a source in the PCB told PTI.

He said the Chairman was also trying to speak to Younis but his phones were switched off since he returned from Faisalabad to Karachi on Saturday night.

Younis was named by the PCB to lead the KPK team in the tournament which is being televised live and is seen as a platform for selecting the national squad for the tour to England this summer.

“The Chairman is unhappy the most at the fact that Younis quit the tournament since he is also an advisor to the Chairman on cricket affairs like Misbah-ul-Haq,” the source said. “Shaharyar Khan is unlikely to let the matter go as he feels that no matter who the player or how senior he might be, no one can be allowed to challenge the authority of the umpires, referee or board in such a blatant manner,” he said.

The source said that if the Chairman decides to penalise Younis the senior batsman could face a ban of three to five matches. It is not the first time that Younis has run into problems with the authorities and even had issues with his department, United Bank in the last domestic season when he left them in a lurch in the final stages of the premier first class competition after disagreement with the coach. 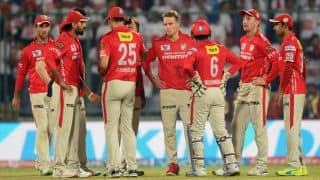 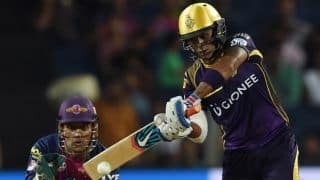 IPL 2016: Suryakumar Yadav should continue to bat in the top-order, could be the X factor for KKR