A furious Pakistan demanded Friday that cricket makes good on promises to clean up corruption, declaring prison terms for three disgraced stars a wake-up call for a game in crisis. 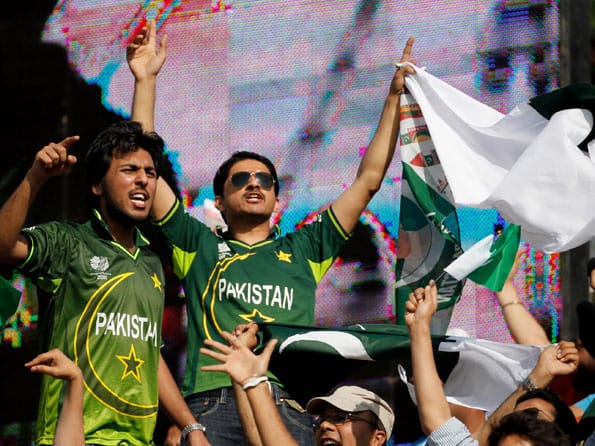 A furious Pakistan demanded Friday that cricket makes good on promises to clean up corruption, declaring prison terms for three disgraced stars a wake-up call for a game in crisis.

The spot-fixing scandal surrounding the Lord’s Test against England in August 2010 was taken personally in a country where cricket is a national obsession and a respite from the bitter realities of Taliban suicide attacks, recession and corruption.

But when a British judge sentenced former captain Salman Butt to 30 months, fast bowler Mohammad Asif one year and Mohammad Aamer to six months, Pakistanis were left wondering if they were really watching sport — or just greedy men lining their own pockets.

“We are made mugs for getting up in the middle of the night, lunatics for investing deep emotional attachment and fools for devising our own strategies,” wrote The Express Tribune newspaper.

Millions of fans want to see Pakistan implement a 2012 deadline from the International Cricket Council (ICC) to end political appointments in cricket — one of only three countries in the world where this still happens.

The Tribune said the lack of apology or resignation from officials over the scandal shows “the people who really don’t get the point of sport are the ones who control our unofficial national game, our undisputed national obsession”.

“With money and mafias inching ever closer to the heart of cricket, what the trio needed was support and guidance,” it said.

The News, whose main headline was “Cooked” — punning on the name of the judge, Jeremy Cooke — said the sentences “should come as a big eye-opener”. “There should be no tolerance for cheats and thieves. They belong not on the playing field but in prison. It remains to be seen whether our cricket officialdom has learnt some lessons from the fiasco,” it wrote.

Late Thursday, a few dozen local players and young men protested against the disgraced trio in the central city of Multan, setting alight portraits of the players and calling for a complete overhaul of Pakistani cricket. “Pakistan should completely start afresh with a new set of players because there are still question marks over a few of the others,” Tariq Neem-ullah Khan, a former local cricket player and political activist told the gathering.

The Pakistan Cricket Board (PCB), which has kept a low profile since new chairman Zaka Ashraf took over last week, said it was determined to eradicate corruption from the game after “a sad day for cricket in the country”.

“PCB is determined to ensure that any form of corrupt behaviour from Pakistan cricket is stamped out,” said spokesman Nadeem Sarwar in a short statement.

After the scandal broke, the ICC came down hard on Pakistan, last year threatening them with suspension if reforms were not implemented.

The PCB said it has taken serious measures to prevent future misconduct and that “more would follow” as and when the need arises. “Ridding Pakistan cricket of any possible corrupt behaviour will remain a high priority,” it said.

Pakistan’s greatest cricketing hero, Imran Khan, who led the country in 1992 to their only World Cup, said the verdicts would be a wake-up call. He said “in a way” he felt sorry for the players, who “must have thought crime pays” given corruption allegations stacked up against President Asif Ali Zardari and a host of top officials from all walks of life.

“The verdict is a wake-up call for Pakistan cricket and from now on we should be ultra careful,” said Khan, a bitter critic of the government and head of his own political party — Tehrik-e-Insaaf (Movement for Justice).

Former greats and experts of the game blamed the PCB for a lack of action while relatives wept and protested the innocence of their loved ones. “My son is innocent and he did the no ball at the asking of the captain,” said Nasim Akhtar, the mother of the 19-year-old Aamer, tears rolling down her cheeks, at her home in the village of Changa Bangial outside Islamabad.

In the eastern city of Lahore, Butt’s sisters spoke to reporters to defend their brother and claimed he had been made a scapegoat for a wider conspiracy.

“The punishment is unfair, it is shocking. Our brother is innocent,” said Khadija, veiled and in her 30s, outside the family home. “His crime is that he was at the wrong place at the wrong time,” she added.(AFP)