Pakistan rode on maiden ODI fifties by Saad Nasim and Wahab Riaz to finish on the score.

Pakistan finished on a score of 239 for the loss of six wickets at the end of 50 overs during the second One-Day International (ODI) against Bangladesh at the Sher-e-Bangla Stadium in Mirpur on Sunday. Saad Nasim and Wahab Riaz were batting on scores of 77 and 51 respectively, with Shakib Al Hasan emerging the pick among the Bangladesh bowlers with figures of two for 51. Skipper Mashrafe Mortaza made his comeback into the side after missing out on the first one-dayer due to a one-match ban. Live Updates: Bangladesh vs Pakistan, 2nd ODI at Mirpur

It was another decent performance by the Bangladeshi bowling department as they managed to restrict the visitors to a total within the 250-run mark. The Bangladeshi bowling was opened by Mashrafe Mortaza, who was serving the one-match ban that was imposed on him during the ICC Cricket World Cup 2015 quarter-final against India for slow over-rate. Pakistan were struggling to get the runs early in their innings after electing to bat, scoring only 29 runs in the first six overs. Rubel Hossain was introduced in the eighth over, and dismissed Sarfraz Ahmed off his very first delivery of the match as Sarfraz Ahmed edged a delivery that was pitched outside off towards the slips. Live Scorecard: Bangladesh vs Pakistan, 2nd ODI at Mirpur

Mohammad Hafeez, the most experienced player in the side, had barely played six deliveries before he was bowled right through the gate off the bowling of Arafat Sunny just one over after Sarfraz’s wicket. Meanwhile, skipper Azhar Ali continued to score the majority of runs for his side, moving into the 30s with the help of five boundaries and helping Pakistan cross the 50-run mark. His dismissal was perhaps the biggest blow at that stage as Pakistan lost their third wicket with 58 runs on board in the 16th over. Live Streaming: Bangladesh vs Pakistan 2nd ODI for Pakistan users

There was more trouble in store for Pakistan, as Fawad Alam was bowled by Nasir Hossain without getting any hint of bat to the ball as he departed for a six-ball duck. Mohammad Rizwan arrived at the crease and hit a couple of boundaries, before he was trapped leg-before by Shakib. With the scoreboard reading 77 for five in the 22nd over, the tourists seemed to be heading towards an embarrassing collapse as well as a possible concession of a series defeat to the inspired Bangladeshi lot. Live Streaming: Bangladesh vs Pakistan 2nd ODI for Bangladesh users

Pakistan however, found their saviours in the form of Haris Sohail and Saad Nasim, with the latter making his second ODI appearance in the match. The pair began rather slowly, with Nasim’s boundary off Mortaza in the 34th over being the first in 64 deliveries. The two were steadfast in their presence, as they did not allow the Bangladeshis to trick them into playing irresponsibly. The two brought up the 50-run partnership in no time, with the individual half-centuries very much in sight for both. Live Cricket Score: Bangladesh vs Pakistan 2nd ODI at Mirpur

The partnership was worth 77 runs, before skipper Mortaza got the big breakthrough when Sohail returned a simple catch to the bowler to fall six short of his 5th ODI fifty. Hopes of restricting Pakistan within 200 for a brief bit, but the powerful display by Nasim and Wahab Riaz towards the latter overs ensured that Pakistan finished on a satisfactory total of 239, which looked beyond reach at one point of the game. The pair put up an unbeaten 85-run stand for the seventh wicket, with 74 of those runs coming off the last 10 overs. Riaz, who is known to be destructive with the bat, scored his maiden ODI fifty in just 39 deliveries.

Bangladesh may feel they leaked too many runs in the second half of the innings, going complacent on the visitors after tightening the noose around the neck till the 22nd over of the game. Despite the leakage of runs however, the Pakistanis will be under pressure in containing the in-form Tamim Iqbal, who scored a valiant 132 in the previous match. The batting-friendly conditions at Mirpur should give the Bangladeshis enough confidence at the start of their innings. 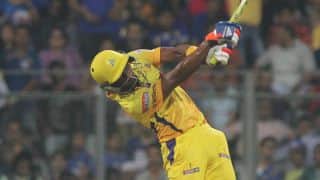 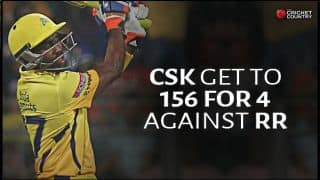