Pakistan have been hard pressed to compensate for Ajmal, who has single-handedly won them matches.

Pakistan and Australia will focus on spin when they start a three-match one-day series in Sharjah on Tuesday, despite the absence of top bowler Saeed Ajmal, who is suspended over his suspect bowling action.

Pakistan have been hard pressed to compensate for the missing Ajmal, who has single-handedly won them matches in all three formats of the game in the last five years.

He was reported for a suspect bowling action on Pakistan’s August tour of Sri Lanka and was subsequently banned from international cricket after a bio-mechanic analysis found his action illegal.

Skipper Misbah-ul Haq stressed Pakistan must move on. “It’s really difficult to fill Ajmal’s gap because he has been the number one or two bowler in the one-day rankings, but if Ajmal is not there we must try to fill his gap and move forward,” said Misbah on Monday.

Pakistan have two left-arm spinners in the squad in Raza Hasan, who took 2-17 in Pakistan’s six wicket defeat in the lone Twenty20 in Dubai on Sunday, and the experienced Zulfiqar Babar.

Pakistan will also miss all-rounder Mohammad Hafeez, who injured his hand on Saturday and will miss the limited-over series.

But Misbah conceded that Pakistan will have to put runs on the board after being restricted to 96-9 in the Twenty20 match, with Australian spinners Glenn Maxwell (3-13) and Cameron Boyce (2-10) causing trouble.

“I think the Australian batsmen have improved against spin by playing in the Indian league. If it’s spinning and the bowler puts it in the right areas, then its difficult for everyone, its tough and at the same time you have to bat well against their spinners,” said Misbah.

Pakistan’s batting will again be tested after their miserable show on the Sri Lankan tour where they lost the one-day series 2-1 and the Tests 2-0.

Australia also are without their regular captain Michael Clarke who is facing a race against time to get fit from a hamstring injury for the two Tests which follow the one-dayers. Also out are all-rounders Shane Watson (ankle) and Mitchell Marsh (hamstring).

Skipper George Bailey said Pakistan will be tough even without Ajmal.

“There’s no doubt he’s been very important to Pakistan,” said Bailey of Ajmal. “But Pakistan will be trying to prove they don’t rely too much on him and it will pose different challenges [for us].”

Bailey accepted it will be a challenge to counter the spin. “I still think teams are doctoring their wickets when we come and play to produce very large spinning wickets, which says to me that teams still think that we’re vulnerable against spin,” Bailey said.

“The challenge for us is to become good against spin.” 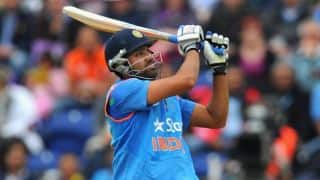 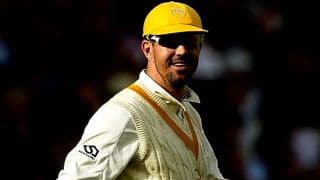