Currently Younis Khan and Haris Sohail are on the crease.

Pakistan were down to three wickets at the score of 41 after 13 overs against Pakistan during the first of the five-match ODI series at the Dubai Sports Complex in Dubai on Monday. Ahmed Shehzad was the last man to be dismissed after scoring 28 facing 41 deliveries before being trapped leg-before by Daniel Vettori. Currently Younis Khan and Haris Sohail are on the crease.

Earlier, Pakistan skipper, Misbah-ul-Haq had won the toss and elected to field first citing dew factor in the evening session while New Zealand set a target of 247 for Pakistan to win the first encounter. 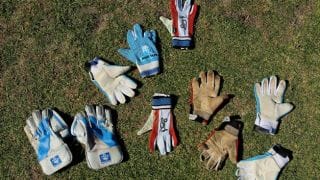