Pakistan keen to play in Mohali during India tour

Pakistan keen to play in Mohali during India tour

Pakistan is keen to play at Mohali during their upcoming cricket tour to India for three ODIs and two T20 matches. 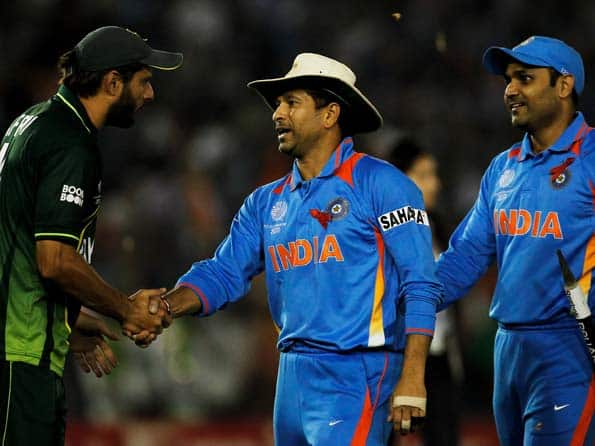 Pakistan is keen to play at Mohali during their upcoming cricket tour to India for three ODIs and two T20 matches.

An official source in the Board confirmed that while the Board of Control for Cricket in India (BCCI) had sent the itinerary for the tour, the PCB is yet to confirm the venues.

“There is no problem with the number of matches or dates but we would like to play one match at Mohali as it would allow Pakistani cricket fans to easily travel to India for the match,” the source said.

In the past Pakistani nationals have travelled in large numbers by road or buses via the Wagah border to watch matches involving their team in Mohali.

The source said the itinerary would be approved after Pakistan Cricket Board (PCB) chairman Zaka Ashraf returns to Lahore from vacation on Monday following which a meeting is scheduled to discuss the itinerary sent by the BCCI.

Zaka himself has already said in the media that he would like the BCCI to pencil in one or two matches of the coming series in Mohali.

The series slated to start from December 25 will mark the resumption of bilateral cricket ties between the two countries.

The PCB source also said that as is the usual procedure all security issues regarding the tour will be cleared by the government.

“If required we will send our security delegation to India ahead of the tour or if advised we will leave it up to the BCCI to look after the security arrangements for the Pakistan team,” he said. (PTI)