Five days after completing a series in the United Arab Emirates, South Africa and Pakistan square up again in a Twenty20 international at the Wanderers Stadium on Wednesday. 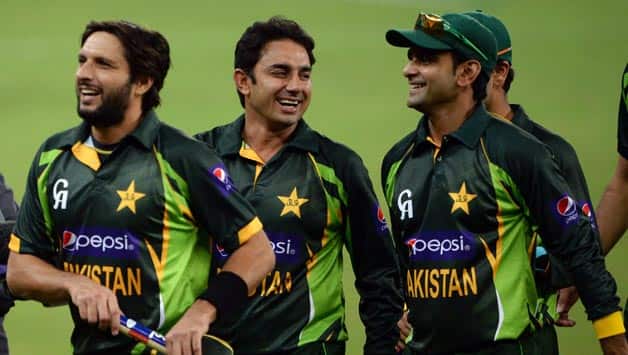 Five days after completing a series in the United Arab Emirates, South Africa and Pakistan square up again in a Twenty20 international at the Wanderers Stadium on Wednesday.

Two Twenty20 games will be followed by three one-day internationals in a tour arranged in haste after a fall-out between the Indian and South African boards led to India cutting short a tour to the republic.

The tour will serve a double purpose for South Africa. It will reduce the estimated loss of an estimated more than US$10-million caused by the curtailment of the India tour –- four one-day internationals and two Twenty20 games were cut from the original itinerary –- and it will enable the host country’s limited overs teams to continue to work towards the elusive goal of winning a global tournament.

Although South Africa’s Test team are the undisputed world champions, both the Twenty20 and one-day sides have had mediocre records in recent times. Both made considerable progress in the UAE, where South Africa won the one-day series 4-1 and the Twenty20 series 2-0.

Pakistan, by contrast, have ground to make up after their batsmen in particular let them down in the recent series.

Mohammad Hafeez, Pakistan’s T20 captain, said in an arrival press conference on Sunday that his players were heartened by their showing in South Africa earlier in the year when they won the only completed 20-overs game and extended South Africa before losing the one-day series 3-2, with their batsmen performing better than they did in the UAE.

“We put up a good show in the shorter formats and we believe in this part of the world, we’ve done reasonably well,” said Hafeez.

Pakistan coach Dav Whatmore, whose contract will not be renewed when it expires in February, hailed the emergence of the hard-hitting Sohaib Maqsood as a positive from the recent series. But Pakistan will hope for improved form from the likes of Hafeez, Ahmed Shehzad and Umar Akmal.

Pakistan will be without tall left-arm fast bowler Mohammad Irfan, one of their better bowlers in the recent series. He suffered a hip injury in the last match in the UAE.