Pakistan skipper Shahid Afridi on Wednesday said the huge World Cup quarter-final victory over West Indies was the perfect present his team could give to fans back home on the country's national day. 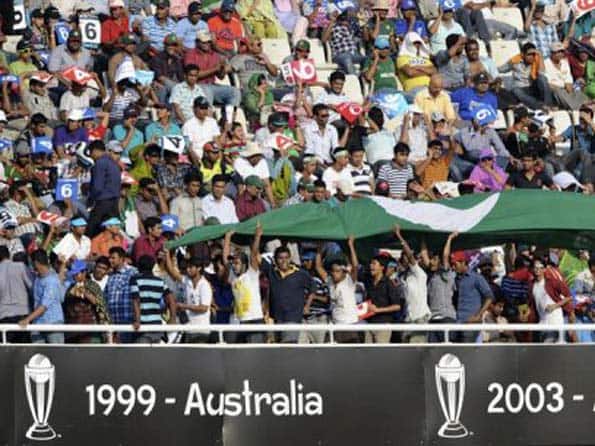 The men in green pulverised West Indies by ten wickets

Pakistan skipper Shahid Afridi on Wednesday said the huge World Cup quarter-final victory over West Indies was the perfect present his team could give to fans back home on the country’s national day.

“This is the best gift we could give back to the nation on Pakistan Day,” a beaming Afridi said after his side cantered to a 10-wicket romp over a listless Caribbean side. We have planned for each and every game and tried to stick to these plans. It was good to see (Mohammad) Hafeez and Kamran (Akmal) doing a great job.”

Afridi also contributed to the huge win, bagging fours wickets for 30 runs off 9.3 overs to consolidate his position as the tournament’s leading wicket-taker. “I just tried to maintain my line and length,” said the leg-spinner. “These were perfect conditions for spin if you landed it on the length. We had tried (Abdur) Rehman against New Zealand and Australia and he did well.

“Today we backed Hafeez and he pulled it off with the new ball.”

Hafeez picked two wickets in four balls and was named man of the match. “I really worked hard over the last couple of days and it worked for me,” said the off-spinner. The coach told me a couple of days back that I would bowl with the new ball, and I tried it at the nets. I just kept them on a line and length and it worked today. My batting form also came back at the right time and I hope to carry on.”

West Indies skipper Darren Sammy accepted that his team had been outplayed.”We did not have enough runs on the board. We didn’t counter the bowling well, and fell well short. We have lost wickets in clusters all through the tournament, more to spin, and today was no exception. We were forced on the backfoot early and never recovered.”

Sammy said there were a few positives to be taken home. “There have been some bright spots — we have a number of guys under the age of 27 — (Kemar) Roach, (Ravi) Rampaul, (Devendra) Bishoo and a few other youngsters who should be around for the next World Cup.

“So we should prepare and build on that. Bishoo has done excellently for Guyana and is one of the positives.”