Pakistan must be consistent in 2nd Test against Australia: Misbah-ul-Haq

Pakistan must be consistent in 2nd Test against Australia: Misbah-ul-Haq

Pakistan captain Misbah-ul-Haq will seek consistency in the second Test starting in Abu Dhabi from Thursday. Pakistan humiliated Australia by a big 221-run margin in the first Test in Dubai and now seek their first series win over Australia for 20 years. Misbah-ul Haq, however, was concerned with the lack of consistency of his team, regarded as the most unpredictable in the world.

“The complaint people have with us is that we don’t play consistent cricket so we have to focus on consistent performance in this match,” said Misbah on Wednesday.

In the case of another win, Misbah would equal Imran Khan and Javed Miandad’s record of most Test wins for Pakistan with 14. Misbah said it will be important to win the series against Australia.

“It will be very important because we have not won a series against Australia for a long time, we have a very good chance to win and that can win back the confidence,” said Misbah.

“I think credit must be given to the bowlers that they did not make us feel (Saeed) Ajmal’s absence,” said Misbah of the off-spinner, suspended last month over an illegal action.

Misbah said the pitch at Sheikh Zayed Stadium in Abu Dhabi will also suit his team.

“This pitch looks a bit different, it’s normally different from the Dubai pitch because it’s harder and has pace and bounce, but it looks good and if we look at our strength then it looks good for us,” he added. 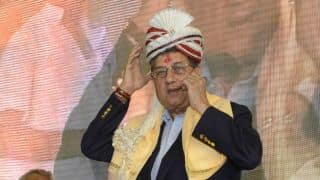